“Hello. My name is Highland, and I am a Viking.”

Alas, we, are not Vikings. We have sold a small piece of our soul to the Orkney Islands, but we shall never be as Viking as Highland Park, the Orcadian whisky who have never hidden their rich Nordic heritage from the islands North from Scotland, once part of the vast Viking Kingdom. 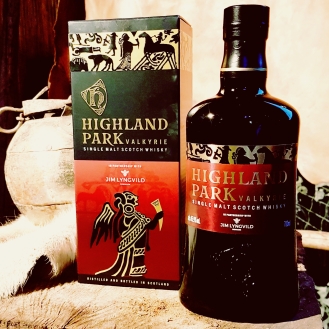 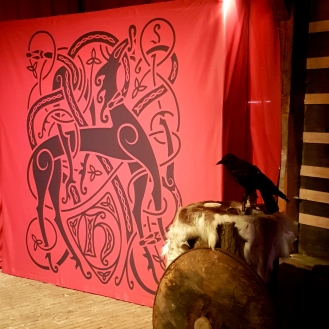 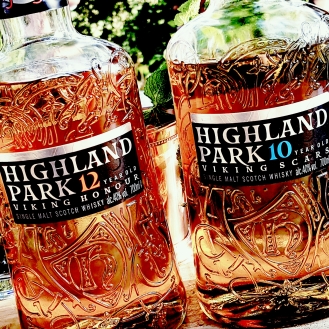 The whisky brand has revamped their bottle design and packaging to express their Viking roots even more, where the well known 10, 12 and 18 year old whiskies will stay the same as we have loved them for the last couple of years, but will have a new, more robust look and feel, with an addition to their age statements; “Viking Scars”, “Viking Honour” and “Viking Pride” respectively.

Celebrating this, and the release of their latest limited edition in the “Viking Legends” range, WhiskySpeller was invited to the Dutch launch at a Fortress close to Amsterdam, where we were welcomed by a handful of Valkyries; golden haired maidens, clad in black and gold tunics and dressed up with golden wings who confronted us with a number of ancient challenges to grant us access into Valhalla, where “Valkyrie”, the first of this series, would be presented. 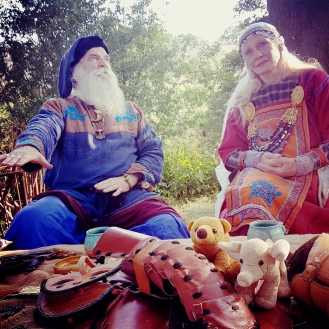 While Andhrímnir – Cook of the Gods himself, continuously kept presenting us with a variation of exquisite snacks, water and, obviously, Highland Park – straight or mixed into a number of cocktails, we were to dig up a prize from a snake pit, hit the mark with bow and arrow, craft our own coins and tame a series of legendary birds of prey.

The Horn of Plenty kept giving and before long, the doors of Valhalla opened wide for the ones who had won all the trophies and had their arms heavily marked with a Valknut “tattoo” as proof of their victories (or not). Dutch Highland Park Ambassador Bram Kaplan introduced us to Jim Lyngvild, the Danish designer of this first of three limited edition releases in the Viking Legends series; Valkyrie.

Legend has it, that the Viking warriors had found death not to be an end but a new beginning.The Valkyries -beautiful female creatures could been seen as what we today might describe as angels coming down from the heavens on their warhorses to find the bravest among the fallen warriors, marked by the Valknut tattoos to guide them into Valhalla.

Before it was time for us to make that big step into the hereafter, we first had a sip of the typical Highland Park – with a twist. The Valkyrie is made with less first fill and European ex-Sherry casks, but is instead created with more refill and ex-Bourbon casks, which have been filled with a greater percentage of the distillery’s own peated malt. Slightly heavier smoked, it has more floral notes from what we are use to, and the characteristic dried heather is replaced with more fruity notes. 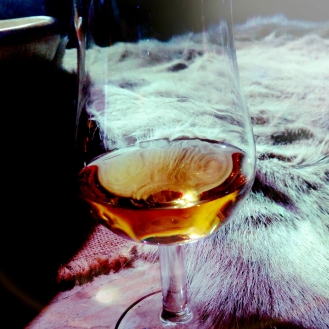 A complex and easily drinkable expression we liked enough to decide to stay where we are, instead of ascending. Bottled at a strength of 45.9% at the price around €65, it is the first of three, with the Valknut and Valhalla to be expected in 2018 and 2019 respectively.

So. Put on a copy of the Ring der Nibelungen, find yourself a way to Orkney and discover your own #VikingSoul.