The eastern parts of the Dutch province Gelderland is known as the “Achterhoek” which translates easiest as a back-corner or, as we learned from our Scottish friends in Fife, a Neuk – which means something entirely different translated back to Dutch. The Achterhoek is a rural place with patches of forests, but mostly flat open spaces with peat fields and farms in between villages with their own variant of the local dialect, heavily based on Low-Saxon, which should not be a big surprise, since Germany is just a stone’s throw away. 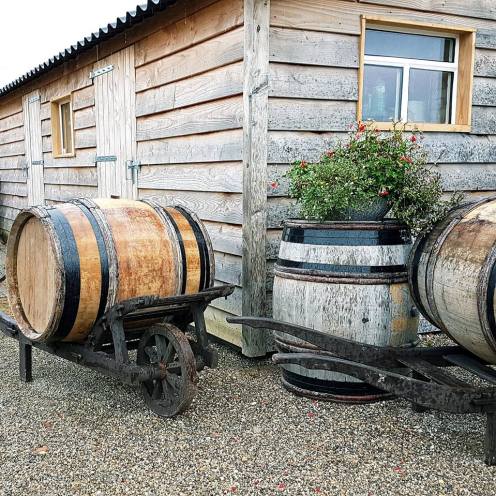 Not even that far away from another distillery we recently visited, today’s spotlight is directed to a farm on the edge of Zelhem. With the initial support of foundation “Pak An”, Erik Legters converted an old stable into a warm and cosy distillery, where he decided to go as far back to the roots of distilling as health and safety would allow him.

On a cold and rainy afternoon in November, we headed towards Erik’s distillery to have a look ourselves. The local blacksmith was just putting up the cast-iron sign at the beginning of the driveway, with a handful of small Dahomey cows curiously keeping an eye on his progress. The red and gold shield on the barn proudly displaying the logo of the Bronckhorst distillery, confirmed we were at the right place. 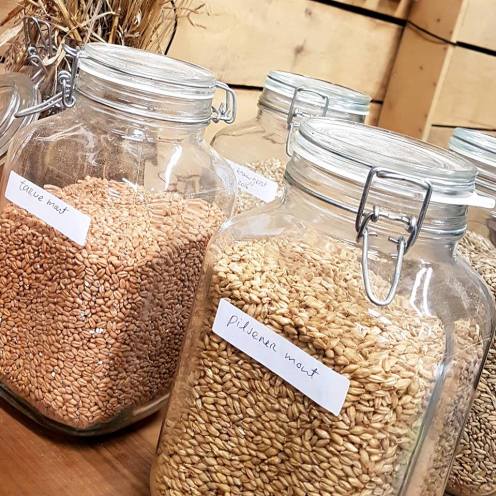 The barn door opened welcoming us inside the warmth the wood fired still produces, and with a cup of good coffee, Erik passionately started talking about his craft, the process, the ingredients and every step of the process, losing track of his own coffee. It appears other things than his coffee are more important; telling us everything we want to know, poking his fire every now and then or turning a lever knowing it would speed up or slow down the trickling stream of the grappa spirit, which incidentally, tasted amazing.

He told us that, when he was not browsing one library after another to find books and ledgers with recipes of distillates, he went looking for the best locally produced ingredients. Step by step, surrounded by his miniature cows and other livestock, he found and installed a modern, but wood fired still at the German Kothe, and started producing a range of different products, including a brandy from a local wineries’ wine, a grappa from their must and a juniper berry water from a recipe dating back to the 1300’s. 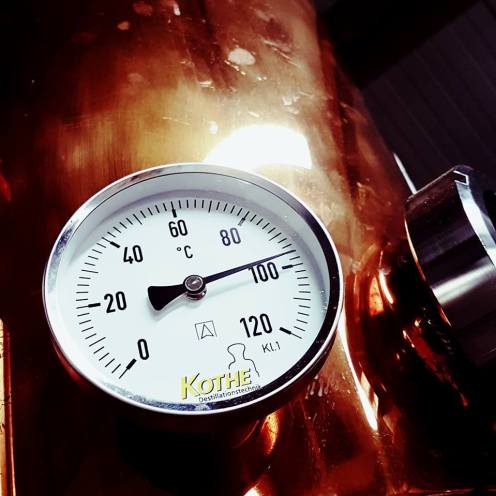 We have already mentioned the peat in the area, and when we were talking about his future ideas to start making whisky and using barley from his own land, the question about using local peat was quickly asked, after which he showed us a work in progress, self created steeping-malting-kilning device.

It is exciting to see such device, which allows him to make a drink from cow to grain, and from grain to glass, where his small livestock’s dung is mixed with the hay coming from the harvested grains from Erik’s own crops, and live from the draff and spent lees the distillery produces as a surplus. 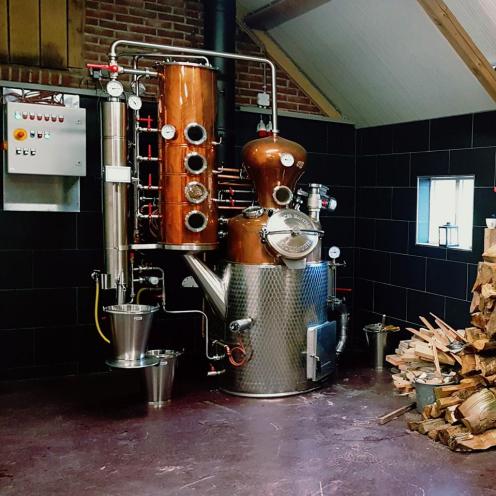 In the beginning of December, shortly after we left, the distillery announced to have acquired the remaining equipment necessary to start making our beloved spirit. Enough reason to go back to the distillery bar and have a taste of the new make spirit or what is maturing, and in three years or more; the whisky – to be released – when Erik finds it has matured enough and ready to be released.

Another Dutch distillery, tiny in everything except the distiller himself, taking a side-step into brewing and making whisky, using their knowledge to make, without any doubt, another beautiful Dutch (Achterhoeks) distillate. Many thanks to Erik for showing us your passion and great line of products.

Note: The featured photo and the photos in the article featuring the Dahomey Cows and Erik standing in his fields are taken from the Facebook page of the Bronckhorst Distillery. The rest of the photos are made by WhiskySpeller.