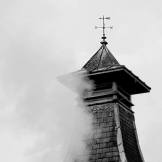 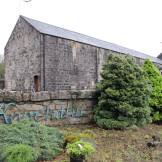 The wonders and festivities of the Spirit of Speyside Festival were over, but our trip to the Whisky Capital of the world was only one week old, and we were not even close to being ready yet.

The morning after we said our goodbyes to Oliver and the remaining five of us had planned a behind the scenes look of the Knockdhu distillery, where the anCnoc whiskies are produced. Once more, a distillery that is normally closed to the public, but will open their doors if you ask really, really nice.

Following the A95 from Craigellachie east through Keith, we were directed towards the village Knock and all of a sudden we were driving through a lovely green hillside scenery. Tucked away just off the main road, only making itself visible once you think you have taken a wrong exit and turn one more corner, the Knockdhu distillery pops up its head. Distillery manager Gordon Bruce and assistant Alistair Reid welcomed us at the distillery and guided us behind the scenes into the production areas. The Victorian equipment is still in use on site, although some parts have been replaced with more modern counterparts that help save and reuse energy, the old heritage is sav(our)ed and displayed in a part of the distillery that used to be the kiln, where some parts are even rescued from scrapping at other distilleries.

Slowing everything down and relaxing is key in the distillery. Whisky making is not something that needs to be rushed if one wants to do it properly. Since the malting floor and kiln are disused since 1967, they purchase their peated and unpeated malt from different molesters maltsters in the country, where the peated and unpeated are completely separated from the moment they come in at the distillery. The maltbins for the peated malts are never used for the unpeated malt, and vice versa.

As we have seen before at Mannochmore, Knockdhu also uses small quantities of soap instead of switch-blades to keep the six washbacks from overflowing. The wash ferments for 48 hours, after which it is transferred into two newly made wooden washbacks where it will rest for another 16 hours before half of the contents is transferred to the washstill – a technique we have not encountered before.

The spirit still is somewhat larger than the wash still, and typically holds two runs of the wash still. Outside the building is one large tank that functions as the wormtub for the worms condensers of both stills. On top of the wormtub, one has a beautiful view of the surroundings of the distillery and the water source. In four traditional warehouses, each with a beautiful stained glass window, the stock for their anCnoc single malt is matured, the rest of the spirit is tankered away to mature in the central belt of Scotland.

After a great tour Gordon and Alistair took us to the tasting room to taste some of the new make peated and unpeated spirit. It is really very nice, sweet and fruity. Besides that they presented a good range of the anCnoc expressions for us to taste. We had a great time, and had some good laughs and talks while nosing and tasting all these wonderful whiskies. There is no official visitor’s centre, but they do have some expressions of their single malt expressions available for visitors to purchase.

If you ever get the chance to visit the area, try making an appointment and have a look at the inside of a serious distillery with a good pinch of humour and a honestly different approach towards making their 100% manually made product.

Having an appointment at the Glen Garioch distillery later that day, and all of us in dire need of some food – and some of us having a craving for fish and chips – we were recommended to follow the A95/ A98 North, turn left onto the B9121 into the lovely little coastal town of Whitehills to get rid of these urges at Rockfish. Great stuff that. Feeling refreshed we followed the A947 to Oldmeldrum. Green hillsides and fields filled with  bright yellow linseed along the way, cruising along for a good 45 minutes, it was great to see – and do.

Glen Garioch distillery is situated smack in the middle of Oldmeldrum and is a very nice looking place, divided by a couple of public roads splitting the various distillery buildings. We arrived perfectly in time for our appointment and as #GGDrambassadors we were welcomed very friendly where the tour started with a film about the distillery before heading outside onto the “busy” roads.

We were taken through the malting floors and the inside of the old kiln, from where we passed the mill and de-stoner up the beautiful wee staircase to the old kiln upper floor. It was great to see the old obsolete kiln from both sides and being able to look down through the grate where the barley used to be dried and up, outside through the pagoda chimney. This was the second time on one day we could do that, and it might be something one could get used to – if one has no problems with heights…

We could see that these parts of the distillery are not used and maintained for a very long time, and the bridge between the buildings with the malting floors and the kiln is old and in need of some TLC for sure. We hope they can keep this there, and even recommend they would investigate recommissioning (a portion of) the malting floors and kilns that only stopped production in 1994, so visitors can see an important piece of the process that is hard to find in these areas of Scotland.

They told us a bit about the way the distillery has always been contributing to the community by reusing the carbon dioxide produced by the fermenters in their own greenhouses where they grew their own vegetables for the community to purchase at reasonable prices. It is all very tightly packed in the distillery, but really made sure that there enough explanation signs posted so people know what is what and telling a bit of the history.

Touring distilleries we have noticed that the industry is more and more changing to the use of liquid or creamed yeast. At Glen Garioch they are still using dry yeast, which gave us a good discussion on the next day about the different influences it can or cannot give and the chemistry behind the yeast – a product of high importance in the brewing industry, and just a catalyst at some distilleries. Another point we felt diving into and feed our inner nerd.

From the eight stainless steel washbacks, one is used to store their pot ale, and the seven feed the one enormous washstill with possibly the longest lye-arm in the industry. Only one of the two spirit stills is in use, because the current production is set to a certain level and there are no plans (yet?) to rebuilt the removed second wash still so the production capacity can be doubled.

At the end of the tour we had a swing with the “bung flogger” at the fill your own bottling location, and we all had a good laugh with each other. After a great line up of Glen Garioch single malt expressions we went on our way home again.

Driving back to Craigellachie over the earlier this week closed A920 via Glass, the A96 through Huntley and back on the A920 and A941 crossing Dufftown. The road has some stunning truly Scottish vistas along the way and we would have seen an amazing double rainbow, if it were not for the idiot Canadian driver in front of us that felt he had to slow down all of a sudden to take pictures of some double rainbow…

After doing some much needed shopping at the supermarket the bearded Canadian made a great BBQ at the house, and the evening was filled with the men smoking a cigar, bbqing fiddichside banana boats using a banana, Glenfiddich 15yo, caster sugar and a scoop of vanilla icecream. One of us had three. Because the Highlander inn was at walking distance, we decided to leave the house-drams for what they were, and blindly test some of our noses and palates with some of the challenges they have to offer in their well stocked bar.

Another day done, filled with good people, great whisky and lost of laughter. Life is good.