It is the beginning of July 2015, Wimbledon is in its final stage, the Formula-1 circus has landed in Silverstone, and here – in the Netherlands – the Tour the France is about to kick off during the hottest day recorded in years.

This takes us to go mesmerizing about what we were doing only a month ago on Islay, where it is currently 17 degrees and nothing really commercial is happening except the production of the best whiskies of the world, some of which have stolen a special place in our hearts. 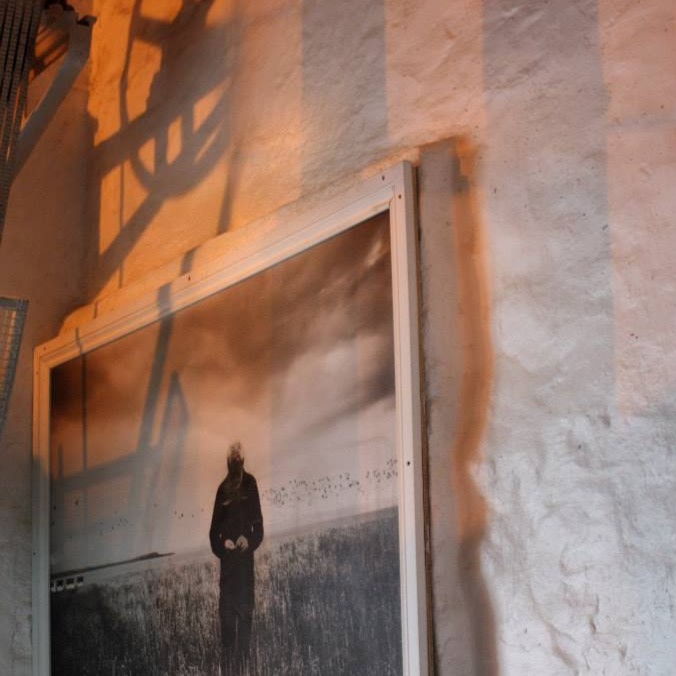 Why is it that some distilleries do so? We have tried to comprehend this on our first trip to Islay and dictated a gospel when we were there two years ago, and reading these writings once more, we can only say that we still feel the same. Understanding a little more about the ins and outs of a distillery and what makes them tick, having chatted to distillery workers and management once or twice and starting to comprehend the terroir term a little better, we could even say our love has only grown. If people ask us about our favourite distilleries, immediately Zuidam, Knockdhu, Tomatin, Springbank (our maiden distillery), Balvenie, even Glenfiddich, Arran, and most certainly Bruichladdich always spring to mind immediately. Why? Not about what they produce per se, but certainly about their shared passion for how they are producing it.

Before we went to the Fèis Ìle this year, we had promised ourselves not to write about the distilleries separately, but after coming back home, one story was developing in the backs of our heads, wanting to break out of our skulls and get written. Once again, this story is about Bruichladdich. What can we say about their festival day, the party dubbed “the Hoe Down”, that was all about a cowboy who entertained the over 400 people crammed in a warehouse for the last time. Again. We can discuss how this was really be his last rodeo, and if he will simply nod his head to the next generation he has been showing the ropes for years, tip his hat and walk away into the Loch Indaal sunset towards his new cottage rental business and finally spend time with his wife, children and grandchildren. 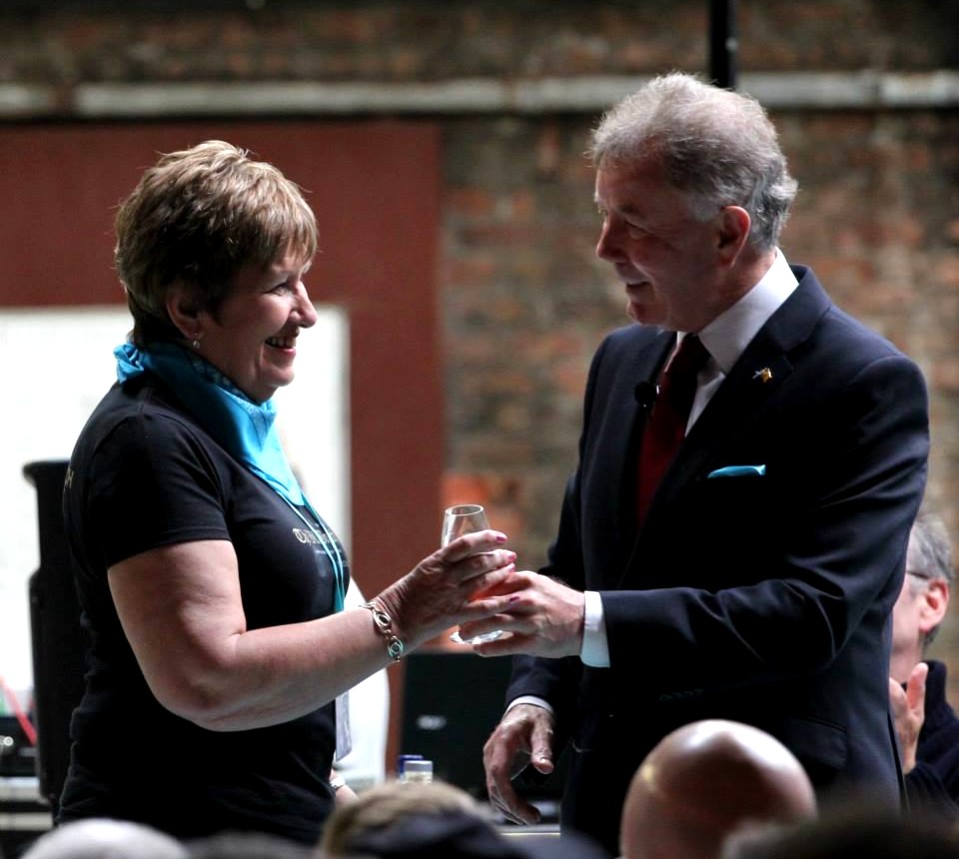 A man like Jim McEwan (you must have figured out we were talking about him) will always be involved in the distillery. He has given away his heart and soul to the distillery freely as he started working at Bruichladdich when Mark Reynier bought the distillery. Of course he has meanwhile made sure the distillery is in good hands and has had several years to show the best places on the treasure map, when and where to dig for gold and how to herd the special breed of cattle. Last couple of years, this new generation have already been doing just that. Jim has been a large part of Bruichladdich’s terroir, but many other people select the barley, botanicals and casks, make the liquids, and ultimately create the Progressive Hebridean brands. 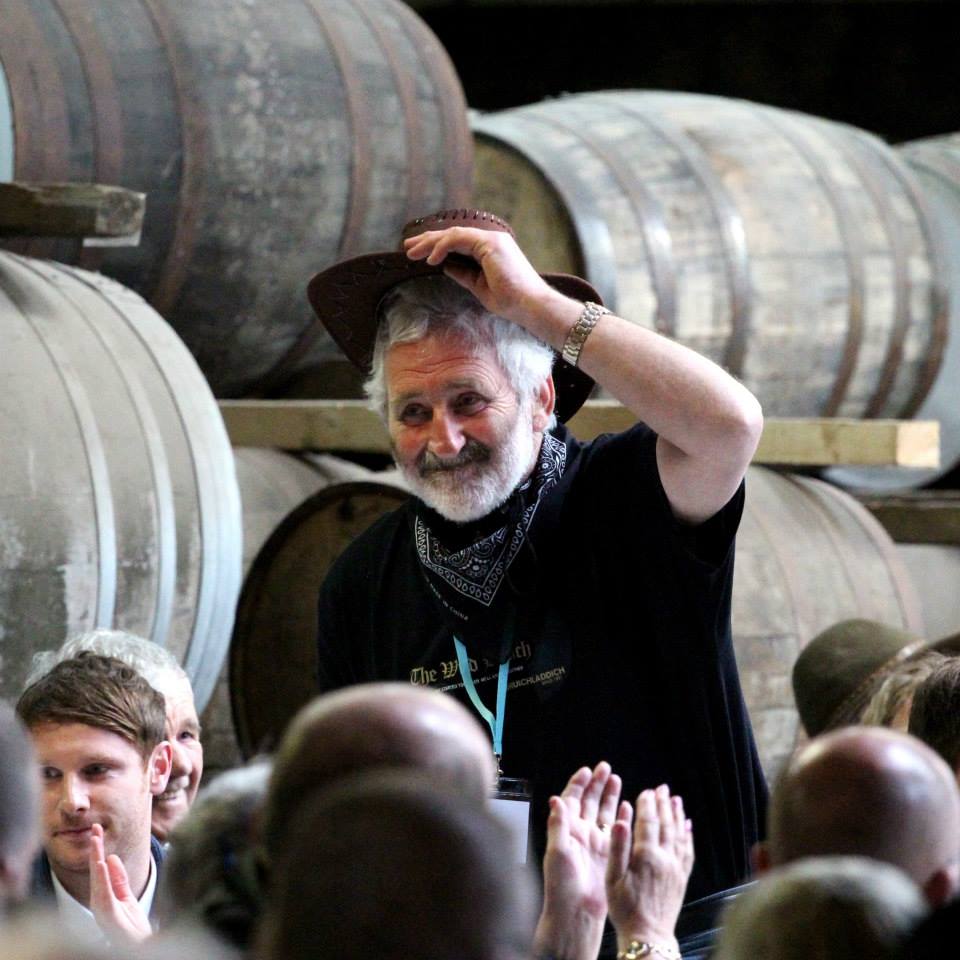 Let us make a small sidestep and say something about that dreaded word: Terroir. Related to whisky, this is often thought of as ‘only’ being the location of the distillery and the location of the maturation warehouse, or is disregarded completely as being important. We believe terroir is a lot more than that and starts with the variety of barley to be seeded and the location of the field where the barley grown is chosen. From there, weather obviously has influence on how the crop grows, and the exact period of time before harvesting has its part to play in the ever important yield. The type of peat (Islay alone has several peat varieties) has an important role to play when drying the barley, just as the size and type of the mashtun, washbacks and stills. In all these stages time (timing) is once more an important factor from the length and speed of running the mash and the duration of fermentation (think yeast types too) to the decision when and where to make the cut in the spirit run. All these decisions, and the people that make them, are part of a whisky’s terroir, and Bruichladdich is one of the distilleries that can be seen as forerunners. “We believe terroir matters”, and so do we.

Back to the festival, or better, the week after, where we had an appointment with Carl Reavey, Content Creation Manager at Bruichladdich. The initial plan was that he took us on an in-depth behind the scenes tour in and around the distillery, having us experience all the different processes first hand. Because of the rebuilding of the stills at that moment and production being shut down, he offered to take us on a lengthy walk to the distillery dam on top of the hill behind the distillery, and hike to the ruins of the hidden village of Olistadh, somewhere between Port Charlotte and Kilchiaran.

We got to learn a lot about the history of the distillery and the people, and along the way we picked some of the island’s botanicals used in the distillery’s Gin recipe, which once more showed the passion the distillery has towards creating their products. Local botanical scientists Richard and Mavis Gulliver created the final recipe of the gin comprised of 22 local botanicals on top of the nine classic gin aromatics, created in the old “Ugly Betty” Lomond still rescued from scrap by Duncan McGillivray and adapted by Jim’s design in order to create their prize-winning gin.

Chatting with Carl about the distillery, we eventually get to the overtake by Remy Cointreau, and how this is changing Bruichladdich. Once again, we got the assurance that the only changes are everything they could have wished for, or maybe even more. There now is room for the necessary upgrades of some of the distillery’s Victorian equipment, budget allows them to experiment with different barley varieties, and the struggle to pay salaries each month is something that definitely belongs to the past. With the approval for the build of new warehousing, they can slowly up their production towards their maximum capacity of 1.5 Million litres per year, keeping in mind they will keep their quality standards at the same level as we, the consumers, are used to. Never did Bruichladdich give in to concessions based on price or quality, and they are not planning to do so any time soon, or in any distant future.

The distillery now employs more people on the island than any other company, keeping their whisky an Islay whisky, from the first drop of mash to the bottling of the product and every step in between. There is even barley grown on the island specifically for the distillery, which gives the distillery another step towards a fully Islay grown Islay product, and a dream of creating a traditional floor malting facility in order to complete that circle is kept in the back of their minds. Nowadays, all of the Bruichladdich grown barley goes offshore to Inverness, where Baird’s malts all their barley in small 49 Tonnes batches (and not from Port Ellen, as sometimes is assumed).

During the day, we learned that Carl is a huge fan of Bere barley. We were shown patches of vegetation on the slopes of the hills on Islay, where local farmers used to built this barley variety many decades ago. Bere is a hard crop to grow, and currently, a small community on Orkney has one of the few places in Scotland where the crop seems to grow. In recent years, some farmers on Islay have tried to grow their own batches of Bere, but this appeared to be harder than everyone assumed at first. Our obvious question was why they would try to use Bere at all, and the simplified answer was “because we can”. The challenge of growing, milling, mashing and distilling are things that perfectly fit with the distillery’s way of thinking and doing things, and on top of that the end-result is so enormously satisfying that it is worth all the trouble. The long and short of it, there is a little Islay grown Bere barley whisky maturing in one of the warehouses and we are definitely looking forward to tasting it.

Thinking back to our visit in the week after the festival, seeing parts of the stills being taken out and replaced with shiny new copper, we realise that most things at the distillery can impossibly still be 1881 Victorian equipment. Things change. Duncan’s magic knapsack can only have kept so much in its original state, and we are okay with that (or are unable to do anything about it anyway).

That said, Bruichladdich may have changed many things, but they have done everything in their powers to stay as close to what they feel is the original way to produce their spirit, and we are still convinced they will stay doing that in the future. Jim retiring from the distillery was inevitable, and just as we saw Duncan managing the delivery of some casks somewhere during the festival week, we are sure Jim will come back from time to time to visit “his” Cinderella distillery, to feel and hear her breath, and make sure her children are still vast asleep in her warehouses, after which he and Duncan will sit on the shores of Loch Indaal, enjoying a dram that is doubtful they have had any hand in, but tastes exactly the same as they remember making it. Together.

You can find a video of the work being done to the stills here and photo’s we took on our tours, walks and explorations at this distillery here. Why not like / connect us on Facebook, Twitter or Instragram and travel with us together on the road to more whisky discoveries?