The Netherlands. According to some, cradle of the modern spirits. Aged and unaged Jenevers, Gins, Corenwines, Maltwines, Vieux and sweet liquors, and for almost two decades already, there are also some quite decent Dutch whiskies on the market. Discovering the world of whisky, we – as many whisky enthusiasts, started with Scotland to explore distilleries, and almost forgot about our own country and its rich distilling traditions.

Like in the rest of the world, the global popularity of craft spirits and whisky is also found in the Netherlands and we can see craft breweries and distilleries growing as if they were mushrooms on a wet Autumn afternoon. Many of these distilleries are working with pre-bought neutral grain spirit and add their own flavourings during a final distillate. Not so with the distillery we have visited in the picturesque Vroomshoop, in the Eastern parts of the province of Overijssel. 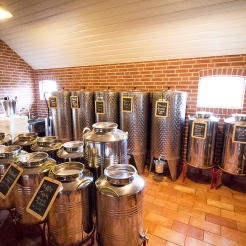 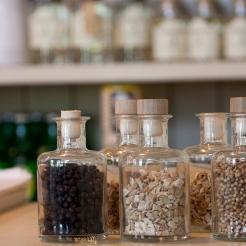 Kalkwijck distillers is located in the 1904 built farmhouse on the lands of the Benus family, who grow the lands since 1803 with many different types of grain such as rye, wheat and barley, but also corn and potatoes. Part of the brewing barley is grown for an alliance of local craft brewers, to supply them with locally grown barley. We are toured around by distiller Lisanne herself, and from the moment we arrive we can taste her passion for the product she creates in the air around her.

Everything she touches vibrates with the contagious enthusiasm she radiates for her craft and products. She tells us that her interest in distilling started when she was still at school at an internship at a liquor store where she quickly noticed her interest in wine and beers were much less as her interest in distillates. She quickly picked up on the distilling of fruit liqueurs and eau-de-vie when training in Germany at a distillery. And when it was pointed out she has a good nose, the decision to do something with it was quickly made and the first small still was purchased. 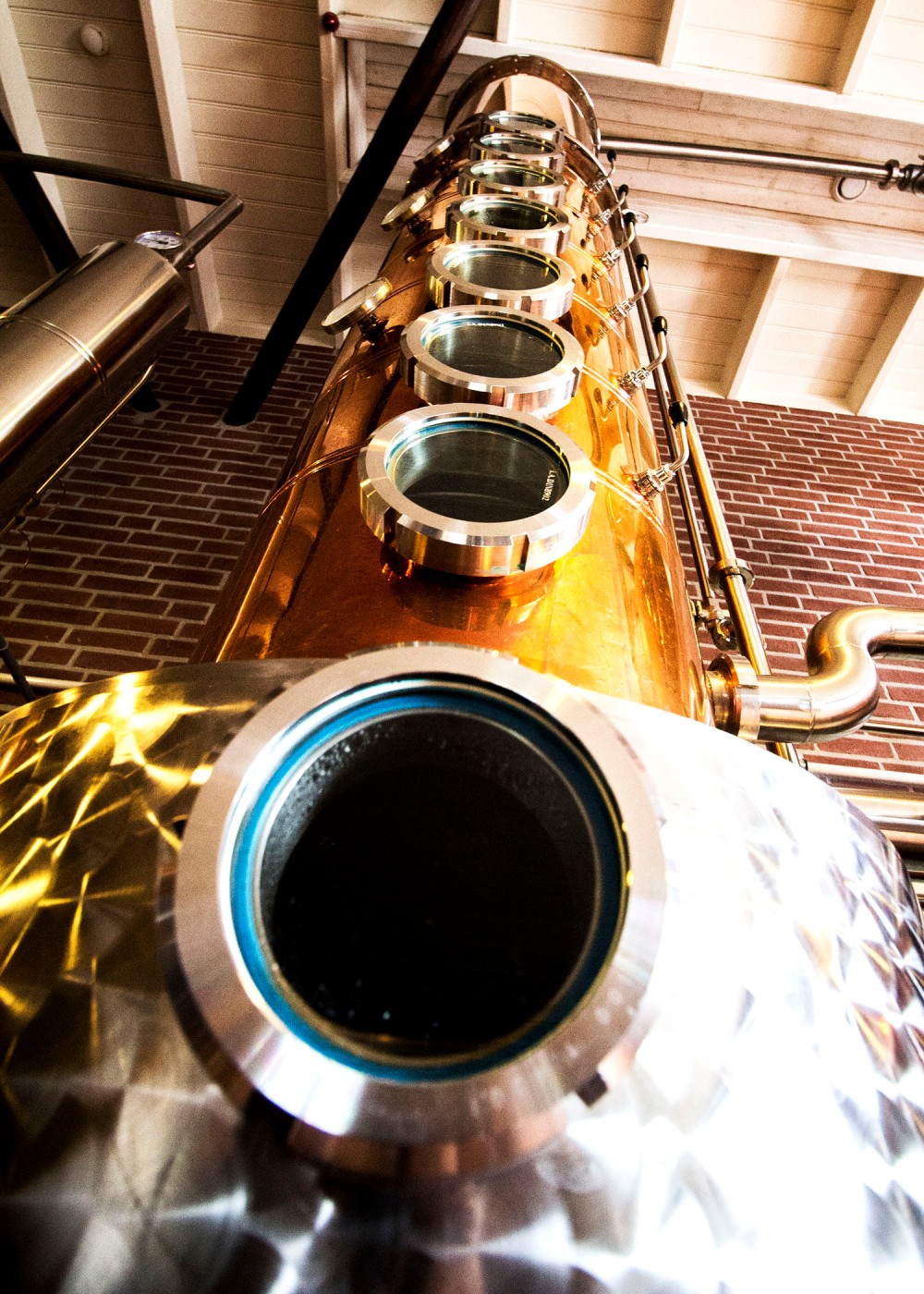 After experimenting a little while, without the help of experienced advisors other than her own family, she eventually created her own – quality driven style and bottled a lineup of liquors composed from regional ingredients, sold from the farmhouse’s rebuilt living room. Because of the family’s love for whisky, she decided at some point to double distill a batch of malt and see what would happen when it would mature in an oak cask. Unlike the Scottish distilling style, she decided to discard heads and tails from both runs, resulting in a very gentle and easily drinkable product, not unlike a good Corenwyn. Three years later, the whisky boom and interest for Dutch products at its highest peak, one cask with only 150 bottles at 42% abv, sold out within 24 hours.

The distillery is the first and only single estate distillery in the Netherlands, where all distillates are derived from their own lands. Kalkwijck is set up from a grain farming business, selling barley to brewing consortiums. From seeding and growing sustainable and durable grains, to filling and selling the bottles in their own on-site liquor store, everything is kept into the capable hands of Lisanne and the family run business. While everybody is waiting for the next batch of the very promising whisky (we have tasted a three months old cask sample, very reminiscent of Kilchoman new make, without the peat – if that makes any sense), everybody should buy their great liquors and amazing Gin, that does not need any fancy tonics, twirly lime zests or slices of kiwi, just like its creator.

It was great chatting to Lisanne and her husband Christian (who is working in the distillery since the expansion) for quite a bit and hearing her passion and being guided through the process and distillery. Seeing and hearing how her products are developed and crafted. A great day learning more about Dutch spirits with another proud, knowledgeable and hospitable family expressing their love for the area and its history. Certainly yet another distillery to keep an eye out for, when shopping for something exclusive.

Barley variety currently used is Tipple brewing malt.
Grains from their own land are grown in the most durable way possible, without being organic.
Malting is done at Dingemans in Belgium, because they could handle 45-50 tonnes batches and could guarantee the return of their own barley.
Milling of the grains is done at the traditional Leemansmolen mill in Vriezenveen.
There are two mashtuns, one of 2500 litres, one of 600 litres.
Three washbacks of 1100 litres, two of 600 litres.
Standard distiller’s yeast is used during fermentation.
Fermentation takes somewhere between three – four days.
Three ‘exclusive’ stills from German Kothe on site:
– an 1100 litres for distilling herbs and spices
– an 300 litres (with whisky helmet) for the liquors
– an 1500 litres (with whisky helmet) for distilling whisky and grains
Among the dozens of casks, many different cask types are used, several 32 year and three year old ex-Oloroso butts to 300 and 110 liter virgin French oak casks. Most are filled with whisky spirit, others with jenever or corenwyn.

Lisanne is, with only 26 years of age, probably the youngest female distiller in Europe
Bottling and labeling is done by hand.
There are three distillery cats keeping the grounds clear of mice.
Her laboratorium smells amazing.
History of the region and family is felt all around the place.
Her father and brother run the farming side of the company.
They had to raise the roof to fit the new, largest still in,
The label of the Whisper Man’s Gin depicts Lisanne’s father and his English Springer Spaniel Whisper.
The distillery is situated in a peat bog (freely translated from “hoogveen”). Although the style of the product is peat free, there are plans (or merely ideas) to malt a small portion of their barley with local peat, and see what happens.