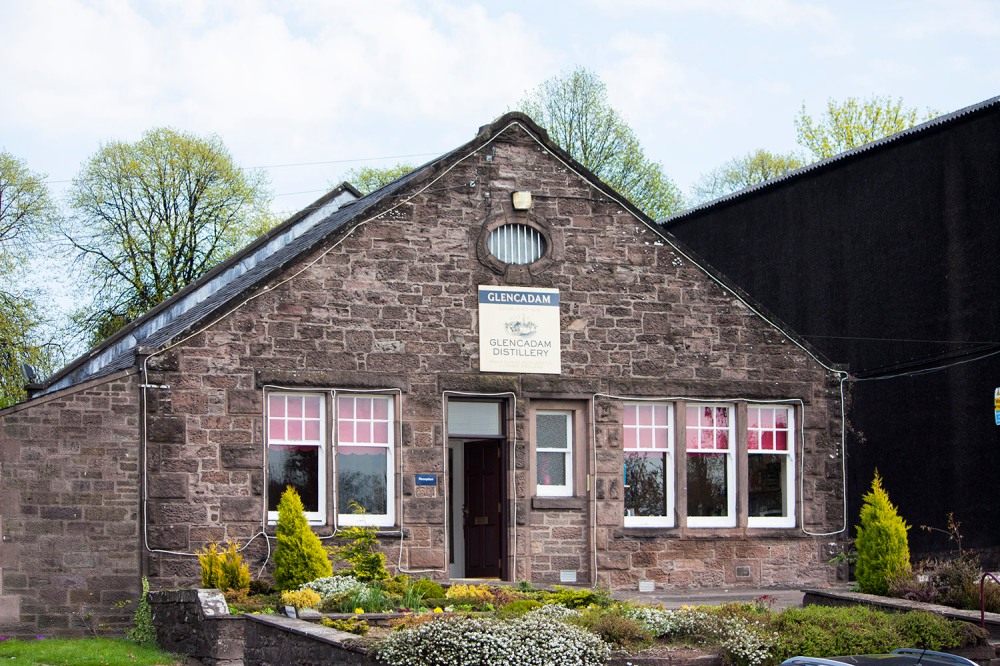 Ah, yes… It is no secret that traveling from England and the Lowlands of Scotland to the North to the Speyside region is one of the things we like to put on our holiday schedule often and regularly. We have come to learn that there is nothing wrong with taking the direct route along the A9 through the middle, or going through the beautiful Cairngorms, and stop at some of the “smallest”, “highest”, “experienced” or “most famous” distilleries on our way there, but this year we have been on an exploration route via some of the growing number of Lowland distilleries in the Kingdom of Fife, and have now come to the south-eastern parts of the Highlands, visiting some of the distilleries that are mostly off the beaten track when we are in Scotland.

Driving the roads along the Angus Coastal Route – which consists mostly of the A92, we cross the river South Esk and take a left turn at the blueish-grey-probably-used-to-be-brown-at-some-point sign of the Caledonian Steam Railway to further follow the A935 until we reach Brechin. Closed in between the village park and cemetery, we suddenly see a red-bricked chimney, suggesting industrial activities of some sort. No pretty pagoda chimneys, high-viz-painted casks or a sparkling white visitor’s centre, just a clean, well looked after working distillery, as the sea of empty ex-Bourbon casks outside suggests. As with the company’s other distillery Tomintoul, we had pre-arranged a visit with Glencadam‘s Production Manager.

Douglas Fitchett, still chewing on his last bits of lunch because we were a tad earlier as expected, welcomed us to the distillery and told us about the history. Built in 1825, after the 1823 Excise Act came into effect, the distillery has seen many ownership changes over the years with Angus Dundee as their current proprietor, taking over in 2003 after the distillery was mothballed for three years. Immediately after, production restarted and they released a 15 year old expression, which was soon followed by a ten year old.The site itself seems not to have changed much since the Georgian and Victorian eras, with only some minor adjustments and modernisations when needed.

Starting our tour at the purple Porteus mill – including the original screener, dresser, bins and malt-conveyors, we learn that 16 times per week 4.9 tonne malted barley from Muntons is milled and mixed with heated spring water from the Moorans springs in the cast-iron mash tun. After eight hours of slowly raking through the mash, the three waters at rising temperatures have produced about 24.000 litres of clear wort, which is slowly transferred and cooled through the underback into one of the six stainless steel washbacks. Re-activated dried Mauri yeast is added, and the next 48 hours an aggressive fermentation makes it necessary to operate the switcher blades in order to keep the small room as clean and tidy as it is. We feel more and more like giants with every step we take, crawling through the maze of pipes and ducking for suddenly appearing ceilings to abruptly find ourselves in the downstairs still room.

A sequence of pathways and stairs make the spirit safe and stills accessible. Standing on the platform in between the hot stills with our melting camera gear, we can see the lye arms with an upward 15 degrees angle of about going outside, where we spot the shell-and-tube condensers that use cooling water from the pond at the back of the distillery filled by the Barries burn. Half of each washback is charged into the 17.138 litres capacity wash still, which is steam-heated by an external heating system instead of coils or pans, as we have seen in a more modern version but with a similar results at the Kingsbarns distillery. The resulting low wines and feints from earlier runs are fed into the 15.911 litres capacity spirit still, where a 75%-65% heart is collected to be filled at 68% into (mostly) ex-Bourbon casks. Behind the spirit receiver we see we have come full circle in the distillation process, since we can spot the malt take-in and its wooden Porteus conveyor, showing just how compact the distillery is.

Of the original six dunnage warehouses, only five remain in function, although three have been converted into the more space-efficient racked type and altogether they can hold up to 27.500 casks. The sixth has been converted into an on-site blending facility, similar to what we have seen at their sister distillery in Tomintoul. Approximately six times a week, a tanker of blended whisky is taken away to the company’s bottling plant near Glasgow.

Proud as a peacock of his distillery, Douglas directs us back to the reception room, where we receive a lineup of seven generously poured drams of their products, ranging from the new make spirit up to an unreleased cask sample*. With only 1.4 million litres per year, the distillery is far from being a large distillery in Scotland, and with only a small amounts of their spirit being bottled as single malt, the brand is not commonly seen although it has been here for quite a while, and since a number of years their market share is growing. The eight man team is working around the clock to keep the production at their maximum capacity, and looking at the way they are locked-in between the park and the cemetery, room for expansion is pretty much ruled out.

Continuing our road trip north we will once again visit a distillery and do some sightseeing along the way. Keep an eye out for some pictures on our Facebook page, and make sure you log in next Sunday to check out how Unicorns make rainbows…