When the invitation from Irish Distillers to join the launch of their new Method and Madness Irish whiskey range came in at WhiskySpeller headquarters, we were curious to see the details, hopped on an airplane and joined the launch-event in Dublin.

‘The Method and the Madness range is a respectful nod to the experimentation that has come before and a celebration of what is yet to come. Knowledge passed down from Master to Apprentice, knowledge and discovery colliding.’ 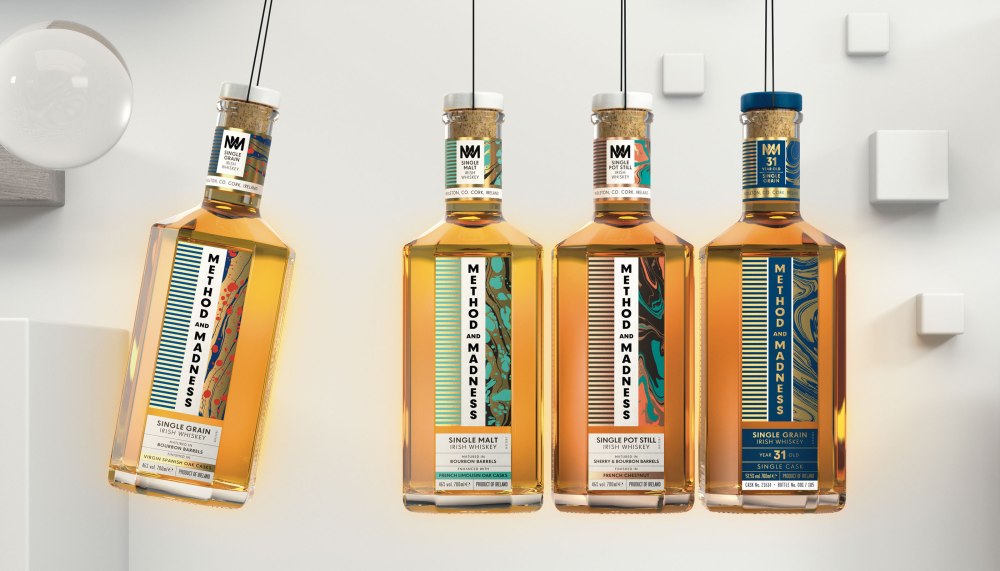 EMBRACE THE MADNESS
In the Arts Centre at the heart of Dublin a hip, young crowd had gathered to enjoy an audiovisual show with smooth black & white texts and lines, alternated with psychedelic liquid works of art, created by M&E Art & Design, who also had been given a free hand in designing the bottle and labels. While we were enjoying the presentation and new whiskeys neat or mixed in a cocktail, the Method and Madness theme slowly became clear – the range had come together from the Masters of distilling, maturation, coopering and blending, and their respective apprentices. The Masters contributing their vast methodical knowledge on how whiskeys have been made over the past centuries, the Apprentices adding their madness with an experimental “why not” attitude towards each of the processes.

IT STARTED WITH METHOD
Day two of the event started with a Q&A session with all masters and apprentices, taking us through the new expressions one by one, starting with a single grain finished in virgin Spanish oak casks, followed by a triple distilled single malt finished in virgin French Limousin Oak casks. Next in line was a single pot still whiskey finished in Chestnut casks* and last, but definitely not least, we were treated to an amazing 31yo single grain from a single cask. These four bottlings are only just the start of a range with seemingly infinite possibilities – experimental batches of grain types or mash bills, out-of-the-box cutting points, unheard of wood types* and combinations of matured spirits traditionally kept separate at birth – all have found a home in the new micro distillery in Midleton – the next stop in our programme.

Leaving Dublin and making our way to Midleton where we were presented a quick, sturdy lunch in the Jameson Experience Malt House Restaurant, before we were expected in the old Distiller’s cottage by company archivist Carol Quinn. She showed us some of the uncovered historical documents from the vast archives, displaying the acknowledgment for flavour and quality, including an old notebook from John Jameson II, where the current masters and apprentices sifted through, researching the old recipes to inspire themselves to create new ones, binding past, present and future together. Interestingly, while they were browsing the notebook, they found some grains that carbon date back to the beginning of the 19th Century, and are trying to find out the exact strain to replicate and reproduce what was created almost two centuries ago.

THE INNOVATION HUB
Passing the defunct old Midleton distillery with the largest pot still in the world, we come into the experimental Micro Distillery. A plant operating a 2.500 litre wash still and two 1.500 litre intermediate and spirit still – a set up many starting distillery would be jealous of, but micro when seen in the shadow of the Barry Crockett and Garden still houses, who in their turn are overshadowed by the immense operation of the grain distillery in the back of the terrain. 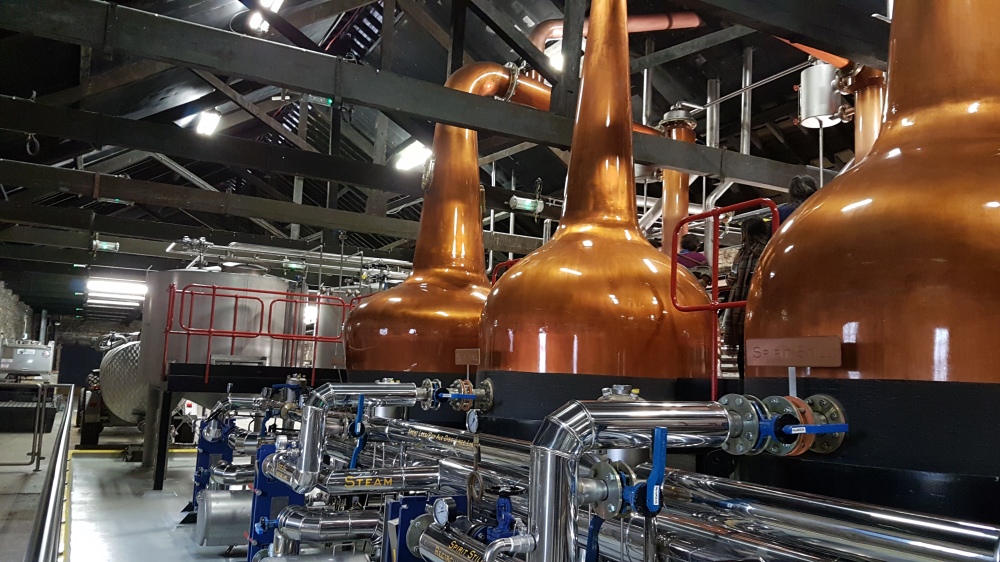 Logistically, they are still figuring out how to get a mill and mash house next door of the micro distillery, to conduct experiments with different yeast strains and smaller sized mashes. Until then, the in 2015 built micro distillery has to rely on the available mashes of its larger siblings and is currently only capable of distilling the small amounts they can arrange. Highly flexible as they are after the mash comes in, they have already produced eleven different distillates they are satisfied with for further experimentation by researching and “goofing around” with the available grain varieties and mash bills, applying experimental cutting points, double or triple distillation, and various choices made in maturation. 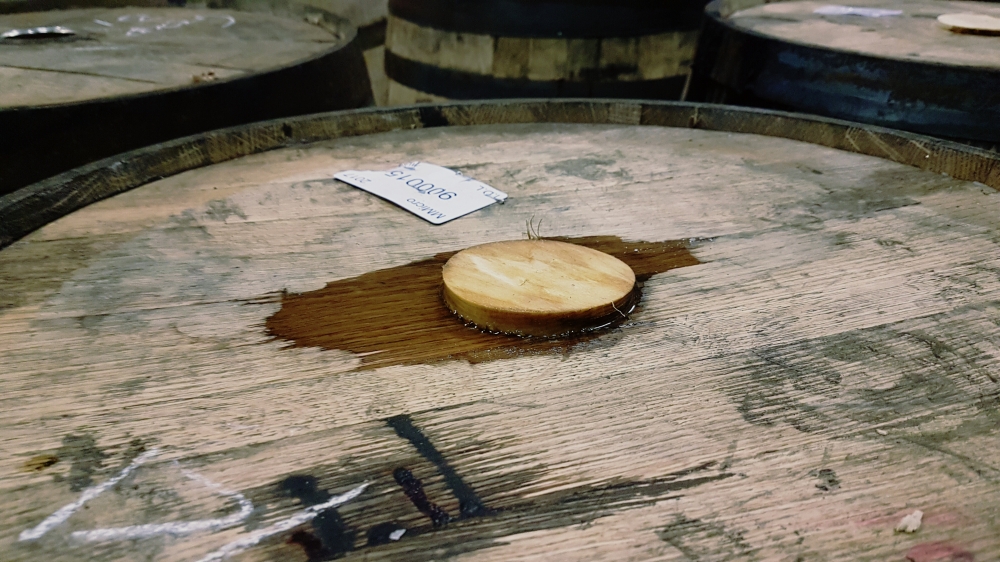 Casks made from different wood types*, as small as four litres or as large as your common ex-Sherry butt and every thinkable size in between are already maturing in the Irish Distillers warehouses holding the individual spirits. Some of these might grow into a future bottling of the small batch Method and Madness range, or find its way into a recipe that is to be used for mass production, while others may never be spoken about again, and will be denied they have ever existed.

WHAT’S IN STORE?
From the three new make spirits that were presented to us after the look behind the scenes at the micro distillery, two were easily accepted, while the last of the three was… interesting enough to see what the additive, subtractive and interactive reactions during maturation could make from it, perhaps by one or the other exotic cask. The four released bottlings are obviously still from Irish Distillers normal stock, but show what results can be booked by “just” applying a finish, let alone what results can come forth in future releases. 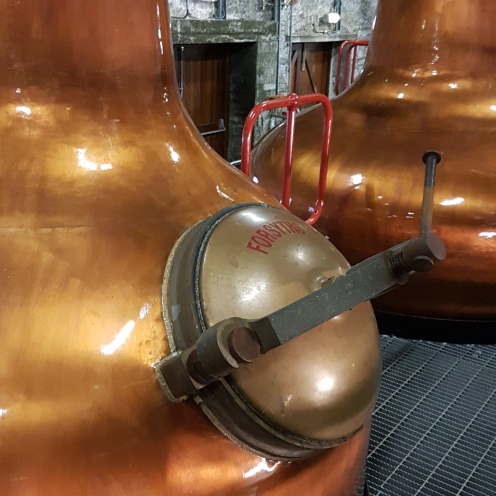 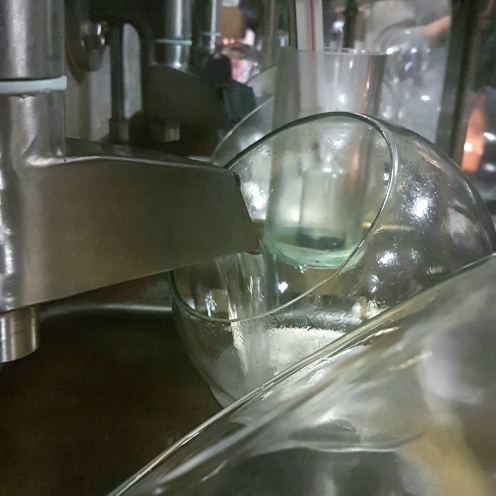 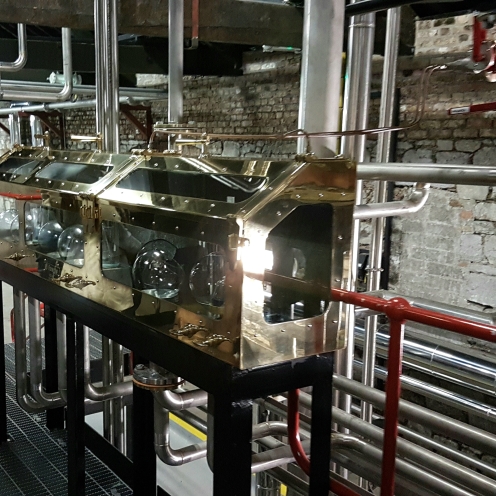 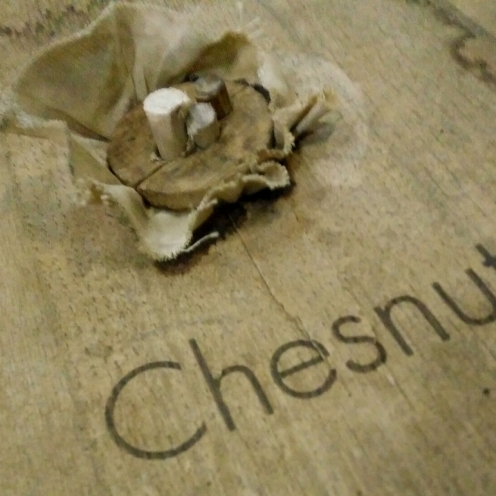 Finding and stretching the boundaries of tradition is what they are looking for in the Method and Madness Single Grain, Single Pot Still and Single Malt Irish Whiskeys, which will be available in the UK, France and Ireland from this month at the respective RRPs of €49, €69 and €79. The 31 Year Old, Single Cask, Single Grain will be available in the same territories from April 2017, priced at €1,500, each territory with their own cask, at cask strength. Surely they will soon cross these borders as well, and will be available in countries throughout Europe, the USA and the rest of the world.

There are no boundaries, expect the unexpected, without fear. Sine Metu.

Thanks to Irish Distillers and Richmond Towers for having us over and sharing the #MethodAndMadness. Pictures of the event and the distillery visit are (as usual) to be found on our FaceBook page, and soon we will have the tasting notes of the four expressions available on WhiskyWorship and LovingWhisky. Curious to see more of the Old Midleton Distillery? Be sure to check in again next week!

* by Irish regulations and European law, maturation must be done in “wood”, not specifying “oak” as a necessity, opening doors for experiments.

Copyright notice: Photos inside the distillery by WhiskySpeller, other pictures used are copyright by Irish Distillers