Traveling through the world of whisky, mainly in and around the promised land – Scotland, WhiskySpeller has also visited a handful of distilleries in our home country the Netherlands, and our southern neighbours in Belgium. While still putting together our list of distilleries to visit next, we received an invitation to a book launch mid-June 2017. This book – roughly translated into English as “Whisky from the Lower Countries”, is a detailed list of 10 whisky distilleries in Belgium and 18 in the Netherlands, as far as we know, all current regional whisky distillers. 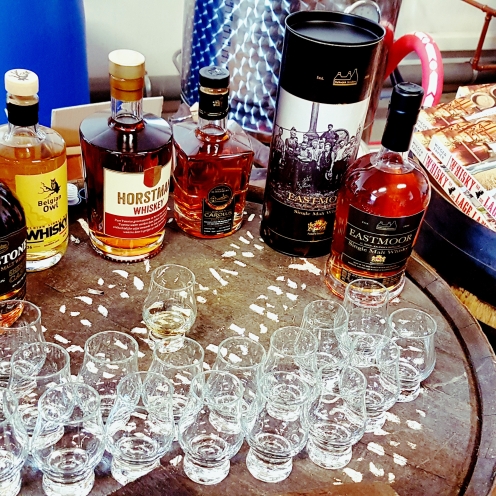 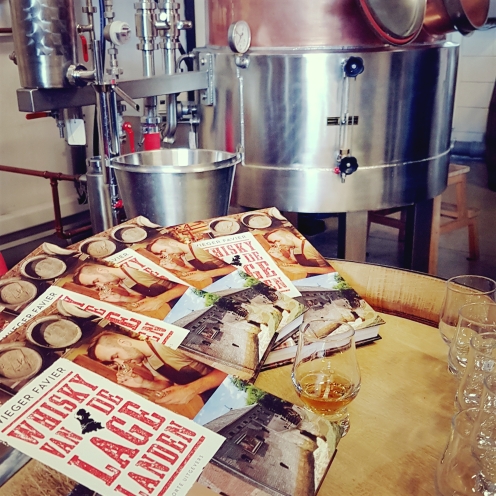 Belgium (and Luxemburg) were once part of the “United Kingdom of the Netherlands” until the Belgian Revolution in the 1830’s, and have become countries under their own rule ever since, separated from the Kingdom of the Netherlands. They are however, still referred to as the “Lower Countries” on some occasions, and the northern part of Belgium (Flanders) still shares a version of the Dutch dialect. The Netherlands aren’t that big on themselves, and traveling from one side to the other can normally be done within two hours by car, when traffic permits.

WhiskySpeller was traveling to Deventer once more, where a small group of authors, traditional press, bloggers and a handful Dutch distillers were gathered at the Wagging Finger Distillery, where the book was presented. Introduced by the publisher, author Wieger Favier proudly presented his first copy of the book, which is currently only available in Dutch. We feel it should be translated into English in order to let other parts of the world know our little region is perfectly capable of distilling more than gin, genevers and other liquors.

The book starts with brief and well-worded notes about what whisky really is, and before long we are already reading about the first Belgian distillery. An elaborate report about the history of the distillery and the visit of Wieger is alternated with mostly his own pictures, and inserts with facts and figures found throughout the whole book. After a general tasting note is given on one or two expressions from a distillery just elaborately described, another short explanation of a certain process used in whisky making or a recipe with whisky as an ingredient is frequently inserted to separate two chapters.

“Whisky van de Lage Landen” is a pleasant read, with a contemporary design. It is a complete guide, as far as the continuously growing and changing Dutch whisky landscape allows. The “becoming of age” distilleries mentioned in the last part of the book already proofed to need an update, as Erik Molenaar – owner of the hosting venue, announced during the book release that he finally will be starting his whisky distilling adventures as soon an autumn of this year. Enough reason for Wieger to continue his quest and hopefully update the book with a version 2.0 in a couple of years from now.

The book gave us a much needed incense to start the car and travel through our own region and learn about the handful distilleries we had missed placing on our own list. A perfect, albeit rather voluminous Dutch guide to add to our knapsack and take with us on our adventures through the Benelux.

Thanks Forte Uitgevers for providing us with a copy of the book for review and congratulations to Wieger for a lovely first book and giving us a good overview of the Belgian and Dutch distilleries!

About the author
Wieger Favier is a freelance journalist, writer, editor and whisky lover. He has been writing about Dutch and Belgium spirits for several years for Dutch whisky magazine “Whisky etc.”.