Skip to content
Last year we had a quick stop at Lagavulin. This year we wanted to make more time to have a look around and in that we succeeded. We had a great tour in the beginning of the week, and later in the week we came back for a distillery managers tour and tasting.
Lagavulin is Gaelic for ‘the hollow where the mill is’. Situated on the southern coast of Islay, near the ruins of Dunyvaig Castle, it is one of the oldest distilleries in Scotland.

Back in the 12th century, Somerled, the first Lord of the Isles, occupied Dunyvaig.

The Lagavulin buildings and their twin pagoda-topped chimneys, date from Victorian times and contrast starkly against the rugged shore and hills in the back. Although the records date back to 1742 that there was distilling at that site, in 1817 the Lagavulin distillery was founded. Lagavulin has had some changes through the years. The distillery Laphroaig next door for example.

Malt Mill was in production until 1960, and did not push Laphroaig out of the market, and the two distillery’s still stand next to each other. In 1962 the Lagavulin distillery was rebuild and all the Malt Mill equipment removed, and they merged the buildings together. Until 1974 there were maltings done with their own peat on site, but now they use the Port Ellen Maltings, like so many other distilleries from Islay.

In 1996 they got a new stainless steel mash tun, in 2008 a part of the spirit stills was replaced, and in 2009 the wash stills turn to be replaced was there. The visitor center is now placed in the old buildings of the maltings.

They have a 24/7 production, with 2,4 million liters per year. They have beautiful onion & pear shaped stills, 2 wash and 2 spirit stills, with slightly down facing lyne arms and broad necks. There are 10 large wash backs at the distillery.  They are part of a big company, Diageo, and there you see more and more that computers run everything. They have a focus on getting more efficient through innovation, and looking into the possibilities to go ‘greener’ in the future.

Georgie Crawford is the distillery manager at Lagavulin and told us that they are looking into reducing the alcohol flowing away during production, making it all safer and more efficient.

And also that they now use liquid yeast, that arrives in a constant temperature in refrigerated trucks at the distillery. That gets them a better product to work with and a constant process. This is a bit more expensive way to have liquid yeast, but more and more distilleries on the island are working with it, making it more doable. It is a constant struggle to get the costs under control and not let the selling price rise due to high purchase prices, of the things needed to run the distillery and making the spirit.

Lagavulin is running at his maximum at the moment and they are looking in all the possibilities of increasing production with the same equipment, to have a look at how far can they take it.

For example they run a test now, with not every week 28 mashes, but 28 the one week, 30 the other and so on.  So far it is running good and the future will tell what is possible… Always improving and looking for ways to make it more efficient, that was the bottom line that Georgie told us.

Iain MacArthur supervises the warehousing of Lagavulin. They have casks stored at Lagavulin, Caol Ila, and Port Ellen. The warehousing is mostly done on Islay. The distillery water is drawn from Solan Lochs; having passed through heavy peat bogs, which, together with the heavily peated malted barley, contributes to its character.

After a great tour around the distillery and having also a look at the old malting floor and kiln above the visitor center, we went with Georgie for a very nice tasting of 7 expressions. She made a selection of some very nice bottles and even Lian handed her a bottle of a nice cask out of the warehouse for us to taste.

Great to see this side to this distillery, we had a very warm, personal and open impression of this experience. We had a great time, and tasted some lovely drams. Have to get ourself some more of their expressions home to have another taste, lovely stuff! 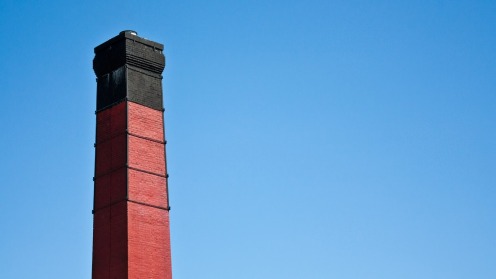 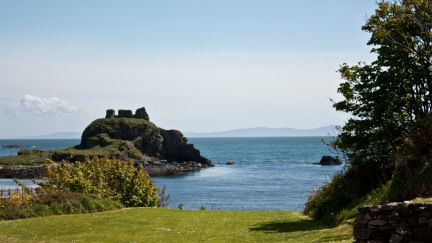 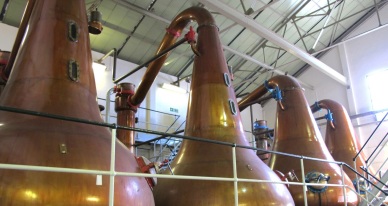 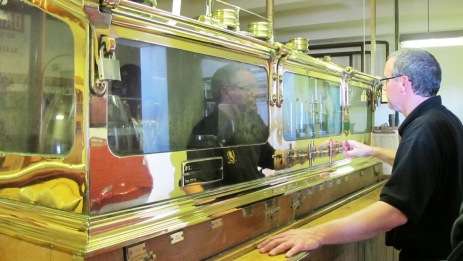