Arran is also known as “Scotland in Miniature”. And that it is for sure! The Lowlands in the south of the island and in the north the Highlands. Stunning island with its high peaks, lochs, castles, green fields, beautiful coastline, fresh air, beaches and more… Beautiful!  Perfect location for a distillery, and we are a bit surprised that there are not more here… Far back there were many illegal distilleries around the island hidden in caves, but they were all closed down, and in 1995 the Isle of Arran Distillery was built as the first legal distillery on the island. Building was postponed a bit due to eagles breeding on the site. They still are nearby and fly over from time to time.  On the day of the opening they also flew over, and people think that is a ‘thank you’ from the eagles for not disturbing them during breeding.

This distillery is the only whisky company authorized by the World Burns Federation to use the head and signature of the National Poet on a whisky.  They use no peat in the production process and no caramel for artificial coloring. One time per year they make a peated spirit to celebrate the heritage of the master distiller being out of Bowmore on Islay.  They describe their products as ‘the true spirit of nature’ Mountain springs feed Loch na Davie, 2 miles into the hills, feeds the distillery from water. This is cleansed by granite and softened by peat. Racked, palletized, dunnage warehousing on site, but sadly also some off the island due to too little room at the site here.

They have here three warehouses of 3.000 each, and a 12.000 barrel warehouse. And soon a build of next 12.000 palletized warehouse will commence.  Bottling is done mostly nearby Edinburgh, the costs are too high for them to do it at the distillery. Isle of Arran distillery produces whisky what has a distinct signature we found, in the basis of most of their expressions, of fresh, sweet apples and bit tropical tones in it.

They have a spirit still what can hold 4.300 liters, and the wash still can hold 7.100 liters. They told us that they were busy with expanding the stills and the wash backs in the near future to get the production needed.  At the moment they have 5 wash backs of each 15.000 liters, made of Oregon pine. It is surely a distillery to keep an eye on, there are some beautiful expressions. They have a great location, tour, shop and café. We can recommend you a visit if you have the opportunity.  Not only the distillery, but also the beautiful island it self.

They have different kind of tours at the distillery, from a standard walk about, to an extended one. This one includes besides the distillery tour a look in to the warehouses, a 20cl bottle your own, a extended tasting, and a walk to the springs. Every tour has a video at the beginning about the distillery, and a dram of the 14 year old. They have in the café something called ‘whisky flights’. With these you can sample 4 of their expression, in a set combination. A very nice thing, and good way to taste easy what they produce, and what you would like to purchase maybe. There are also expressions in these flights of whisky’s sold out or rare now, so you can have a chance to taste also…

It is a place where you see that they want to do every thing in the authentic way, but they also do it with a modern twist to it. Experimenting a bit, seeing what is possible, and extending their standard range at the moment. This all for a good selling price must say. They have used many different casks in the years, but now are holding on for finishes of port-, sauterne-, and amarone casks. They have now and had in the past, a lot of different expressions, we were quite amazed about that. But we think this is also because they are relatively ‘new’ and experimented a lot to find their ‘flavours’ and had to wait for casks to mature of course.

It all takes some time to sort it self out, and gave us many limited editions to enjoy. But we think they are beginning to build now more and more a steady line of expressions, complete with a standard line and some extra specials for our pleasure, like some finishes and cask strength limited bottling’s. They are now running production 6 days in the week. With three shifts per day, with just a handful of people, who work from the stillroom, warehousing, filling store to driving the pot ale to the farmers…

And it is a very ‘down to earth’ feel you get about the place. Great setup and service! Love to see what comes out of this distillery in the future; we think some beautiful things are in those warehouses waiting for us! 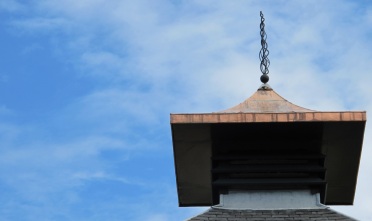 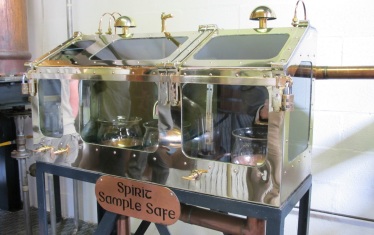 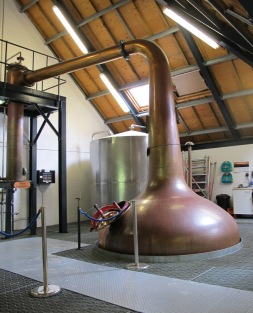 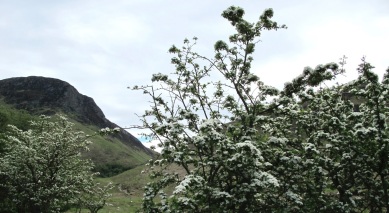 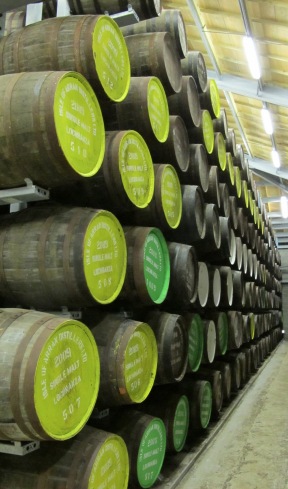 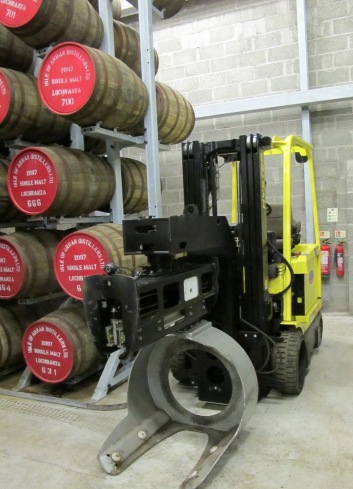