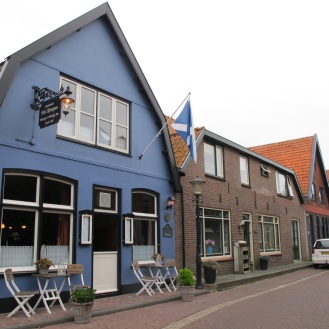 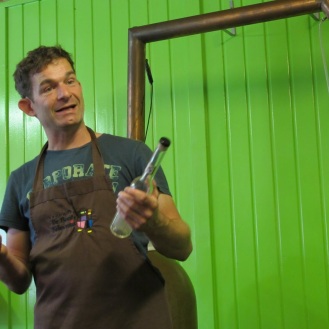 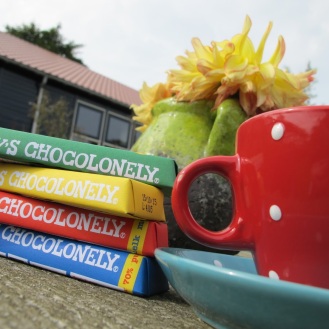 In our stories about the travels we make, we do not only visit Scotland, but also explore outside that beautiful country. A Friday morning in September we decided to take a road trip after work and go to the Dutch island called Texel for the weekend and just relax and have the wind in our hair and feet in the sand.

We have been to the other islands in the Wadden more, but for some reason, we had never been to this one. We heard that there are some nice things to do and explore such as a whisky distillery, a good whisky bar, a brewery and much more. About time for us to go there and see what we they had to offer.

Texel feels much less an island than the other Wadden islands do and with only a 20 minute boat-ride, it feels more an extension of the main land. The ferry is organised and on schedule like we have never seen before. Arriving at the terminal, we waited in line with some 100-odd other cars, the boat arrived, a similar number of cars drove off two lines at a time, we drove on in similar fashion and five minutes later (not exaggerated) we were on our way to the island. First thing at the island was to check in at the hotel in the little village of de Koog, freshened up a bit and eat some tapas outside. Just relaxed.

For the Saturday we had not really made plans and decided to have a look at the lovely liquor shop at the other end of the island in Oosterend, where the shop-owner makes his own liqueurs. The village is a lovely place to walk around a bit and drink a cup of coffee at the butcher/ bakery.

One of the reasons we decided to go to Texel was that we had heard of this place called de Bonte Belevenis in Den Hoorn. Best description would be that it is a farmhouse where kids (and adults alike) can have a great time watching and participating in some old crafts such as making candles and soap, scoop your own paper, and bake your own bread, that you can consume in the garden midst the free walking animals.

Right up to this point the story could go in a blog about us, travelling our own country and discovering places we had not visited before. This blog is about whisky, so here is the turning point you have been waiting for.

The owner of de Bonte Belevenis, Joscha, is a passionate beer-brewer and demonstrates this passion for his craft in his small brewery. He vividly explains how the barley gets to get germinated and malted, the importance of different kinds of yeast used for fermenting the barley (something we would like to see more in the whisky industry) and the hows and whys about adding hop when making his 500 litres of beer per week.

As we all know, beer is only a semi-finished product of the drink we all came to love so much, and after years of experimenting with different recipes and maturing his spirits on wood-chips, Joscha was confident enough to let a panel of experts taste his products at the whisky bar on Texel (more about this later) and decide what recipes to distill and mature following the traditional way in barrels. From what we have smelled – the oldest distillate of little over one year old) and tasted (an only two months old spirit, made from malt smoked with seaweed), the end product in three years time might just be a very nice product. The “young” and “herbal” notes regularly found in distillates created in these small distilleries was far less present as expected, and we are looking forward to the future.

While producing their “TX Whisky” they are still accepting people to buy shares of their product, and if you can wait for 4,5 to 6 years, you get good value for you €100,- share, or your money back (!). This shows how confident they are about the 1500-2000 litres of spirit per year, crafted from (where possible) Texel ingredients, with Texel spirit, matured in Texel sea-wind, on Texel terroir.

After we had a great day (yes, we did all the crafty things too and ate our own bread) and bought some of their liquors (have we mentioned Joscha makes his own different liquors from his own extracts, and distils his own jenever too?) we went back to the hotel to freshen up and order a taxi that would bring us to our next stop of our journey: the earlier mentioned whisky bar and restaurant: Het Kompas.

The bar – run by elderly couple Els and Willem Ham – has about 2400 different whiskies available, ranging from current releases to the older and lesser available whiskies from yesteryear. They have several whisky menus to choose from in many different price ranges, to make your life easier if you have trouble choosing from the enormous lists and folders. To start the evening, we chose a whisky menu of about 15 “very fine and rare bottlings” , from which we could pick four different whiskies (2cl per pour) each, so together, we got to try eight:

Half way through the line-up we enjoyed some great foods prepared by Els. Starting with a lovely salmon cold starter with some Talisker spayed over it and a home made oxtail soup with a dash of Madeira, followed by a heavenly stew and a huge, Texel grown, rib-eye. Everything served with all sorts of in-season side dishes, a superbly prepared meal full of rich and natural flavours. They might not be the cheapest place to dine on the island, but Els and Willem run the place with lots of passion, which you can feel in the way they talk about their shop and welcome you with open arms to their place. Worth every penny.

A great way to spend the weekend for sure. Sharing the passion by different people we found was very present and warming throughout it all. Still some more things to be explored on this island, so we will be back for sure to see it, and have a dram again at Het Kompas and taste the spirit at the Bonte Belevenis. For more pictures of our trip to Texel please have a look at our Facebook page.