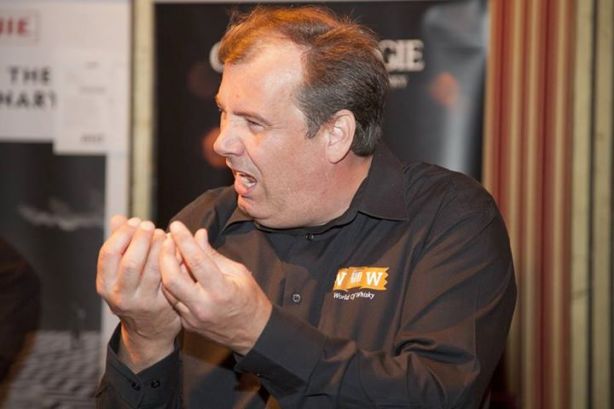 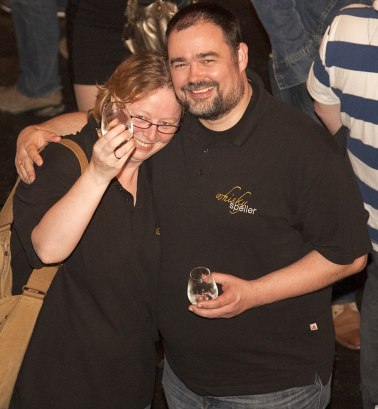 With whisky-festival season in full-throttle again, we found ourselves at our first festival since Speyside, in Vlissingen – way south in the Netherlands, in the province of Zeeland (where new-Zealand gets it’s name from), in a small theatre on the coast of the North-Sea. Organisation was in the capable hands of Ronald Zwartepoorte, Keeper of the Quaigh and editor in chief of Dutch Whisky Passion magazine.

The trip to Vlissingen was expected to last about 2 hours, but due to a not so very well advertised detour halfway through (one A4-sized road-sign saying “road to Breda closed” when you are not driving to Breda, does not really cut it), the actual time doubled. A good thing we were planning to have a look at the sea, snack on some sea-fruit, have a cold drink and some proper whisky preparation ahead of the festival before we would go into the theatre, so we could skip that and check into our hotel at a relaxed fashion anyway.

Checking out the venue, so we would know where we were supposed to go, we immediately met organizer Ronald, Brand Ambassadors and fellow visitors we had met on earlier occasions. We also finally met with fellow-blogger Stefaan, who runs the Belgian whisky blog Whisky with Friends. The venue allowed the guests to walk in and out and have a snack or another type of non-whisky drink on the terrace in front.

The atmosphere was relaxed and we enjoyed some drinks and a byte to eat at the theatre while chatting with people. A little later we were allowed to enter the theatre where chandeliers were hanging from the ceilings, red and green striped wallpaper, Greek pillars and red velours curtains. Tables full with different whiskies positioned along the sides of the room and podium, definitely placed us on a whisky-event, and not on stage of a Shakespearean play. Everything was set up in a spacious arrangement with enough water and bread provided.

We enjoyed some very nice drams and it was very nice to have the chance to walk outside with a dram and enjoy it on the terrace. Walking around exploring the tables and talking to the people was great fun once again. More or less our theme of the evening turned out to taste a couple of different independent bottlings of Bunnahabhain. The Maltman had brought a variation that had matured in an ex-Port cask was the biggest surprise of the evening, really something to look out for.

We learned that when you put your glass down and turn your back for a second after rinsing it with water, you never should assume it is empty when picking up again when ambassador Tony is around.

Talking to some people and having the courtesy to look at them, Ansgar blindly reached for her “empty” glass at the table, picked it up and held it up side down, shaking it a bit to let the last drops of water drip out from the earlier rinse action.

Wrong. Besides a wet (but good smelling) jeans and shirt, she had a normally flamboyant but kind ambassador with wide open and teary eyes staring at her red swollen face and stammering voice – both wondering what just happened. She just pulled a “Richard Paterson”: rinsing her glass with whisky before filling it with whisky.

Not something to repeat for sure and a waste of a very nice Port matured Balvenie 21yo. Without much ado, the ambassador shook his head in amazement of this action and mumbling some words we shall not repeat, and gave her a new dram.

All in all a great night where we met up with great people again and we just kept enjoying several great drams. Our festival season has started again, and we are loving it! Next time we try to predict the traffic and make sure to have time to walk around the lovely town and beach.

More pictures can be found on our Facebook page, and the Whisky-photographers‘ page