Following a very successful Spirit of Speyside Festival in 2016, we were given the opportunity to visit the fairly unknown Kininvie still house, little more than an indistinct shed tucked away in the woods between the Glenfiddich and Balvenie distilleries, with a strong attraction to WhiskySpeller for the past few years.

A Little History
After his employment at Mortlach for quite a while, William Grant, born in 1839, decided it was time to set up his own distillery with the second hand equipment from the Cardow (now Cardhu) distillery, and on Christmas day 1887, the first spirit flowed from the stills of the Glenfiddich distillery. No less than five years later, another distillery in the close vicinity of the Valley of the Deer was built, using stones and the name from the defunct Balvenie House. A Glasgow based blending company was started in 1903, using the two spirits as a starting point to create their own blended whisky. A company now known as William Grant & Sons. Company representatives traveled across the world from the Americas to the Far East, and by 1914, the Grant’s brands were well known and available in over 30 countries by 1914.

The company’s success grew and created its own problem where they could not purchase enough grains for their blends, until they build their own grain distillery in the Lowland village of Girvan in 1963 to ensure the continuation and quality of their blends, without losing their individuality as a family owned company. Around the same time, interest in single malt grew, and the company pioneered in releasing single malt bottlings, swiftly becoming market leader with their iconic, triangular Glenfiddich bottles. Shortly after, in 1966, they built the Ladyburn single malt distillery on the compounds of their grain distillery, to release the pressure of Glenfiddich until 1975, when the latter had expanded its capacity by 16 stills and Ladyburn was found obsolete and made place for an expansion of the Girvan grain distillery.

In 1990, more single malt was needed for their blends once more and another distillery was built, this time on the Balvenie compounds. Kininvie was born and ran into the end of 2010, when it was closed after the new Ailsa Bay single malt distillery in – once again – Girvan was completed. It turned out to be a short hiatus however, and early 2012 the Kininvie distillery was reopened, running at full capacity of almost five million liters per year.

The Shed
That morning of the last day of the festival in early May 2016, right before we drove up north to the Orkneys, we had arrived at the Glenfiddich Distillery site to meet with the lovely Gemma Louise Paterson, who drove us to the Balvenie grounds and stopped the car in front of the wide opened doors of the Kininvie still house, a dream come true for the both of us. A bit silly really, because all it is, is a still house with three sets of one wash and two spirit stills, based on the shapes and sizes of the Glenfiddich stills, to which Kininvie was originally built to support. At the same time, the similarities with the Balvenie are to be found as well, since the remainder of the operation is to be found in the Balvenie buildings. 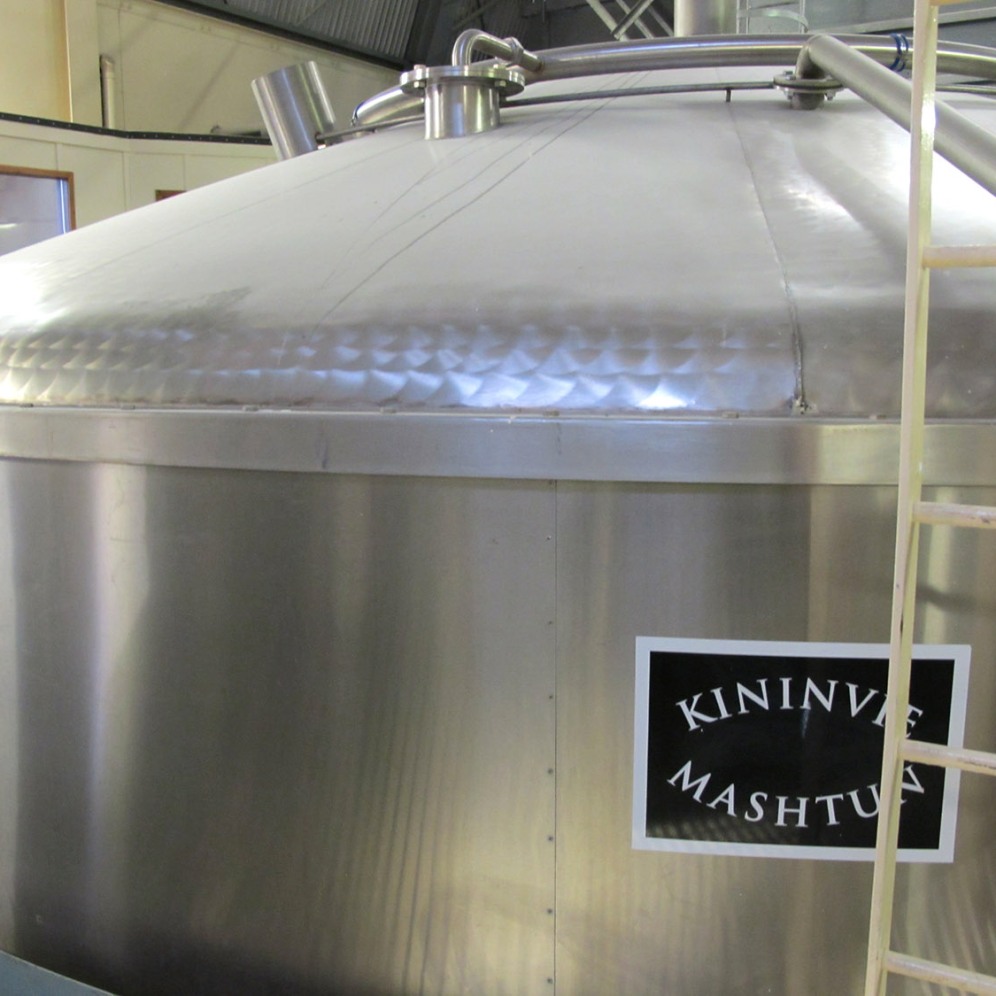 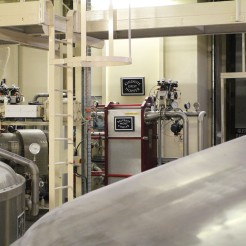 With their own malt specification each – where the Balvenie partly uses their own floor-malted barley in their recipe and Kininvie does not, two similar, eleven tonne stainless steel semi-lauter mash tuns are operated side by side in the Balvenie mash house, operating following their distinct schedules and recipes, up to their own malt bins and grist hoppers. The wort is transferred to one of the ten wooden washbacks with fermentation times of between 55 and 65 hours. The washbacks are once more similar in shape and size of the Balvenie fermenters, but are in a separate room, with a separate piping system to avoid mixing the two liquids. When fermenting is done, the Kininvie wash is transferred through a long, 200 meter pipe to the still house, where it is converted into the secretive liquid. 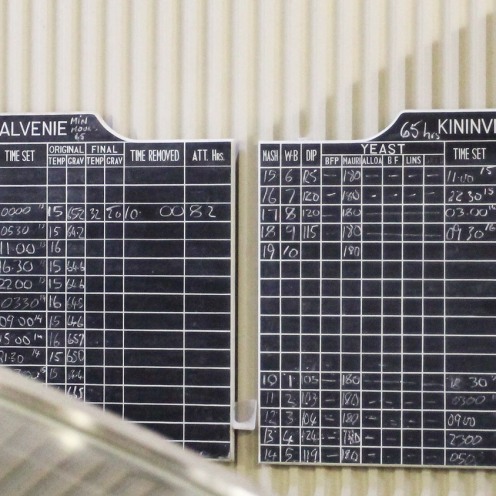 Secrets revealed
Secretive, up to a certain level. Chances are you have, before reading this, never heard of the Kininvie distillery, but it is quite possible too that you have tasted the spirit. The growing popular Monkey Shoulder triple blended malt for example, is largely based on the Kininvie spirit, with smaller amounts of the Balvenie and Glenfiddich added, and the spirit is blended into the Grant’s and Glen MacGregor blends.

The more rare single malt bottlings have been available since 2006, when a 15 year old Kininvie was bottled under the Hazelwood brand, to commemorate the 105th birthday of Janet Sheed Roberts, last living granddaughter of William Grant, who had opened the distillery in 1990. A 17 year old expression under the same name was released in 2007 and it lasted until 2013 when the first limited release of the Kininvie 23 year old was released, in 35cl bottles and for the Taiwanese Travel Retail market only, but for the first time under the distillery’s own name. 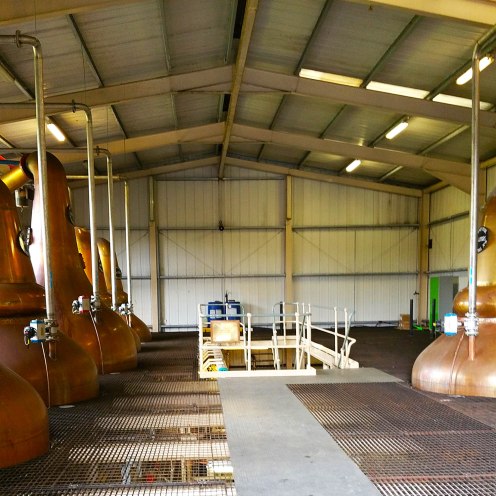 Soon after, a 17 year old and a 25 year old were released, the latter created from three casks of the first day of distilling – a rare liquid indeed. Some lucky independent bottlers have bottled a Kininvie, mostly using another name, and most likely tea-spooned with Balvenie and/or Glenfiddich, to prevent the bottle being sold as single malt, a practice that has become common for the William Grant & Sons company, who normally do not sell their single malts to third parties.

Many thanks once again to Gemma for making the time in her busy schedule to show us around on her last day, before moving to the USA to spread the Balvenie Gospel. We could have been standing  in that still house for hours more, but had to make our way back to our car and continue our trip through Scotland, after making one last stop at the Glenfiddich Malt Barn for a cup of tea and a good sandwich and a quick stop at the shop, where we purchased a bottle of the 23 year old Kininvie, now more widely available, but still something special and sought after. We will open it soon and share the notes with you at WhiskyWorship and LovingWhisky.