During the heydays of the Scottish Whisky industry in the end of the nineteenth century, dreamer, gambler and entrepreneur John Tytler Thompson decided to build a new distillery on the banks of the river Spey. He commissioned acclaimed architect and engineer Charles Doig to build him a modern distillery, the first Speyside distillery to be connected to the electricity grid and named it Knockando – after the Scottish Gaelic ‘Cnock-an-dhu’, ‘little black hill’.

The build had started in 1898 and after the distillery opened in May 1899, the distillery produced its first spirit. With the demand for whisky coming to a standstill after the Pattison brothers had made a financial mess of the blended whisky industry, Thompson was forced to stop production as soon as March 1900.

He put the distillery up for sale and it lay dormant until 1903, when wine merchants W&A Gilbey purchased their third distillery in the area, after they had already taken ownership of Glen Spey and Strathmill. Closed distilleries came cheap in that time, and the wine merchants took their chances for their whisky blending operations.

Since then, the distillery survived prohibition in the 1920’s and both world wars, and stood strong in the early 1980’s. It has only changed ownership through mergers, and (thus) the proud name of Justerini and Brooks – merging with the Gilbey’s in 1962, is still to be found on the buildings and bottles, under ownership of Diageo today. 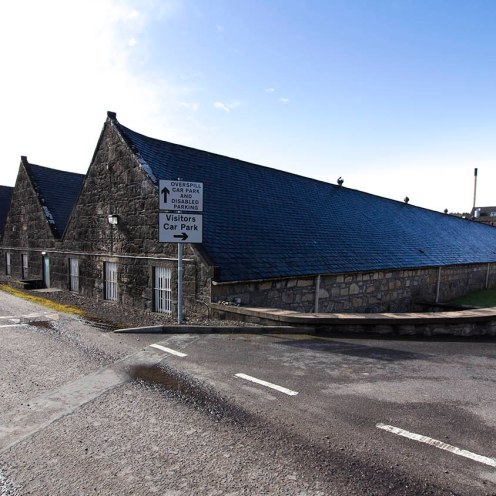 We find ourselves in 2016, when we take the exit on the B9102, follow the brown sign of the Knockando Woolmill and continue the road past it, and their neighbours at the Tamdhu distillery, we arrive at the old stone brick cottages built for the distillery workers, some of which still operate as such.

The salmon pink and white painted walls, mixed with pinkish and grey granite from the Elchin Estate around the corner are topped with the small wooden shutters and tall Pagoda chimney, indicate we have arrived at what must have been the malting floor and kiln of the distillery back in the days. Parking our car, following the road to the central square, we are heartily greeted by distillery manager Polly Logan, who has opened the doors of her distillery for a tour during the Spirit of Speyside Festival.

We wait in the sun on the platform of the in 1971 closed railway, nowadays a part of the Speyside Way walking trail, from where we can see the ticket house and distillery buildings of the Tamdhu distillery. When the remainder of the visitors have arrived, we continue our way into the distillery, learning a little of the history along the way. 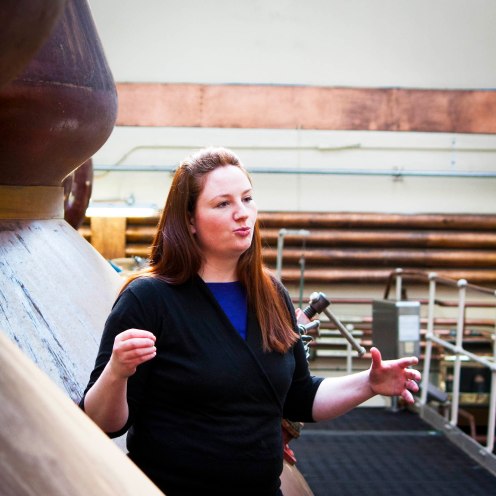 After closing the malting floors in 1968, they converted them into warehouses for their maturing whiskies, and doubled their number of stills from two to four. Whisky was in high demand again, and with their current capacity and the changing market, the owners produced enough to fully supply their own blends and release their Knockando as a single malt mid 1970, which has changed little in the past couple of decades.

With automation (manu-mation) starting in that same period, the distillery looks as if we just stepped out of the Tardis; clean, freshly painted and cared for. Sixteen batches of 4.4 tonne malted barley are processed five days a week by the in 1947 installed Porteus mill, and mixed with the heated water from the Cardnach spring into the full lauter stainless steel mash tun.

The resulting 20.000 litre cloudy and (therefore) nutty wort is cooled and transferred into one of the eight wooden washbacks, where creamed yeast is added and fermentation is allowed for 50 hours during weekdays, and 100 hours during the weekend, when the rest of the operation is stopped.

One washback fills both 10.000 litre wash stills, which, after a 4.5 to 5 hour run, fill both spirit stills, both equipped with a reflux ball, creating a nutty and yet floral spirit, once they have passed through the shell and tube condensers and spirit safe. 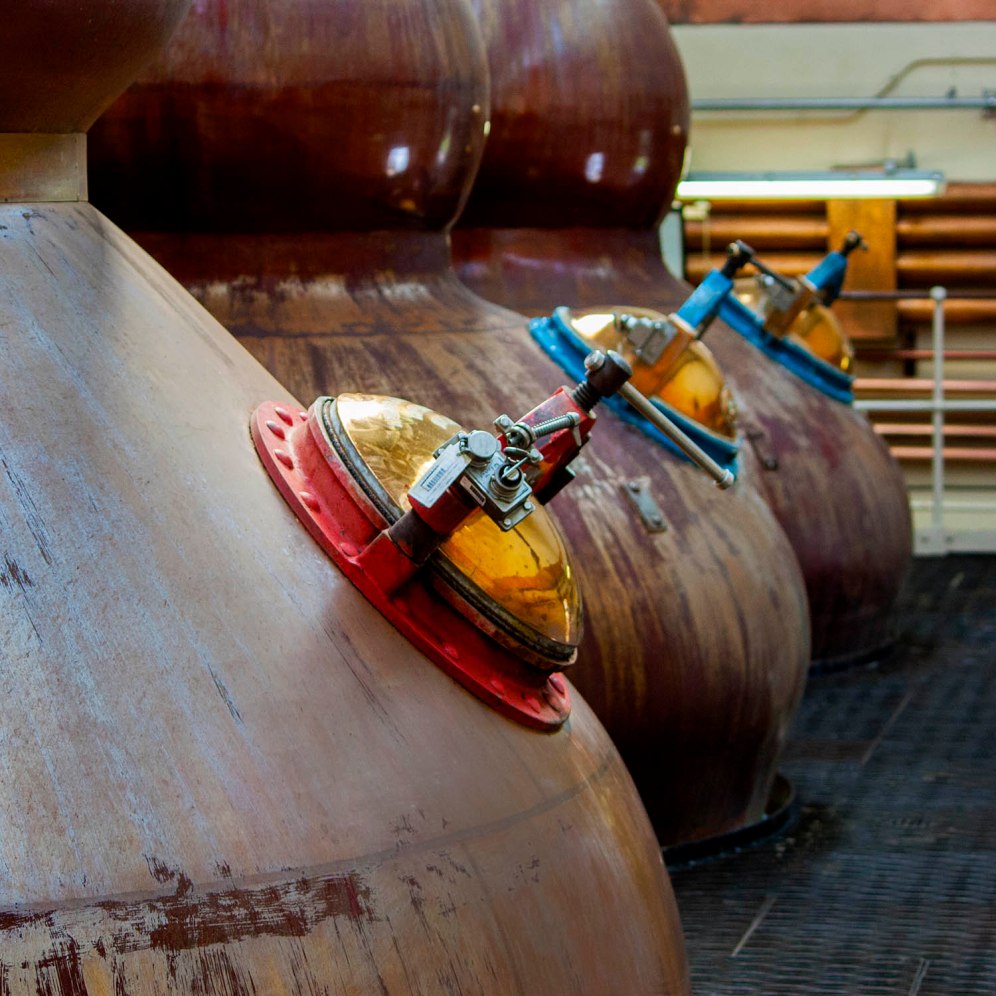 Arriving in the tasting room, we enjoy a lineup of their different currently available expressions while listening to Polly, who is enthusiastically telling us about the the crafts involved in making whisky, tied to the area and location, where (friendly) sword-duels were fought between neighbouring distillery managers over bragging rights to name their own spirit the best of their Spey river bank.

A distillery to have battled for existence from the day it was not even completely built, struggled through many difficult times and persisted as a strong brand, favoured among blenders and single malt lovers alike for its unique flavour and quality character.