Because three weeks of touring through Scotland is quite a bit to digest in one read, we decided to gather our notes and split the trip in three more edible parts. Mind you, this first part is just a resume of what we have been doing and all distillery visits will be getting their own detailed post on a later date.

LEG ONE OF THREE

For the last several years, when we came to Scotland, we have mostly relied on our own car and the DFDS ferry from IJmuiden to Newcastle to help us cross the North Sea. Nothing different this year, although it must be said this was most likely the smoothest sailing we have ever had to this date. Having the luck of disembarking amongst the first passengers, passport control was swiftly behind us and we were en-route to our first destination.

We decided to steer the car onto the A696 and the A68, which lead us straight through the beautiful landscape of the Northumberland national park. After passing Carter Bar into Scotland and the Borders district, the road meandered into the A6088, which lead us to the town of Hawick. This industrial town, famous for their Tweed, houses the first distillery in the district since 1837 and our first distillery of this trip – the Borders Distillery.

A strategically well positioned place to stop and stretch the legs for an hour or so when coming off the ferry and visit a distillery. Afterwards, the lunchmenu of the Italian bistro across the river replenished our energy to continue our trip north towards Tranent, just under Edinburgh. After more winding and very scenic routes we happily noticed the chimney of our next destination appearing in the distance – the Glenkinchie distillery. On our first trip in 2012, this distillery had been our last stop, and we wanted to see this again to refresh our memories and see what went on there.

After a walk through the museum and the distillery, we found ourselves driving through the unavoidable outskirts of Edinburgh and were quickly guided onto the alluring scenery the Fife Coastal route gave us, where the sun was shining bright, with a breath of wind to cool the air. It is a relaxed route to drive and see a little more of the breathtakingly beautiful Kingdom of Fife and its patches of villages, harbours and beaches. Our accomodation for the coming two days would be in Strathkinness, just outside of St. Andrews, at the lovely Mansedale House B&B.

Sunday’s up, and so are we. After a savory breakfast at the B&B, meeting two delightful American couples of whom the husbands would attend the Spirit of Speyside Whisky School in the days to come, we said our goodbyes and drove our little black car to the Lindores Abbey distillery near Newburgh. Slightly overconfident with the windows open and the sunglasses on, because, after all, this was the day the summer had hit Scotland, the radio was blaring sunny tunes with an empty road in front of us and the hillsides turning green, ochre and purple while we were watching. It promised to be a good day.

Lindores Abbey Distillery, built adjacent to the location of a 12th century Abbey where the first written proof of whisky originated in the late 15th century, provides a nice tour showing its locations’ history and produces a nice Aqua Vitae based on this written testament. They also served us a great lunch, revitalizing us for our next appointment.

At the other side of Fife, at the Kingsbarns Distillery, the Darnley’s Distillery has opened its doors to visitors. Producing gin in small batches, they have turned today’s standards around a little – first they produced a whisky (which is now three years old and can be called such), and now this is well underway, they have started making gin in a separate little distillery, where they will continue the production of the previously known Darnley’s View Gin.

A delightful day. Ending it with a proper dinner in the Strathkinness local tavern recommended by our hosts. As we had noticed two years ago, only two days in the Kingdom of Fife just doesn’t cut it. It is a great place to relax, play a round of golf (a skill we still need to master), obviously visit a distillery or two, and simply enjoy the great weather. We definitely will be coming back here, but first; there is yet another distillery to visit… 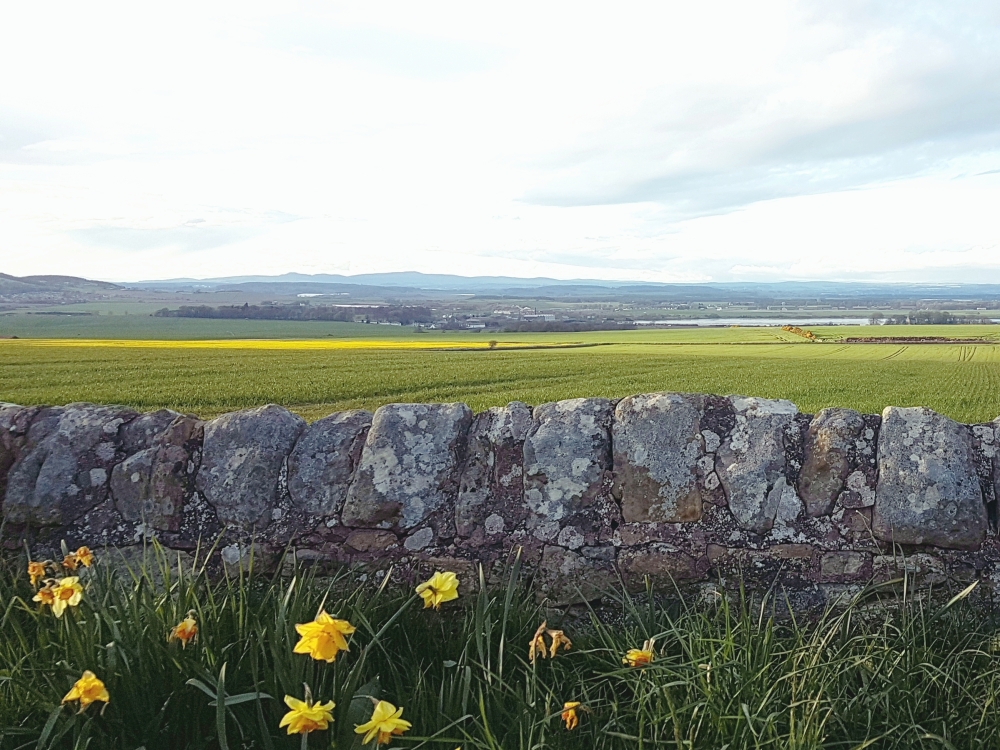 For the next morning we had made an appointment in Ellon, where, in an industrial area, a tiny little brewery is vested that has started distilling recently. At least, that is what we thought. BrewDog may have started in 2007 as a craft brewery from “someone’s mom’s basement”, they sure have expanded into a serious business, creating millions of litres of beer annually. We reached them driving the gorgeous coastal route between Angus and Aberdeen, waved at Dunnottar Castle when we passed it to arrive on time at the massive DogTap facility. Impressive, clean, enormous, tidy, dedicated, passionate… We could continue the superlatives for a while, but we guess you get the idea. LoneWolf – the company’s distillery, fits the bill perfectly, albeit a small, experimental one. If their history learns us anything, they may grow into something larger – soon.

With no further appointments and plenty of time, we decided to leave the larger roads for what they are and drive along the path we started earlier today – the coastal routes. Again, the sunglasses came out, yet the windows were kept shut, keeping the cool north-sea winds outside. Passing Peterhead, Fraserburgh, Banff, Cullen and many other places of historical value, we decided to do a quick stop at the GlenGlassaugh distillery while we passed it, before heading to a grocery store and stock up on the essentials for our self-catering cottage for the week to come.

Only ten minutes outside Elgin, located between the rolling hills filled with sheep, a beautiful cottage, with the view of the Cairngorms mountains on the horizon, was waiting for our arrival. Our quiet hideaway for the week to relax from the busy Spirit of Speyside #Dram18 programme ahead of us. 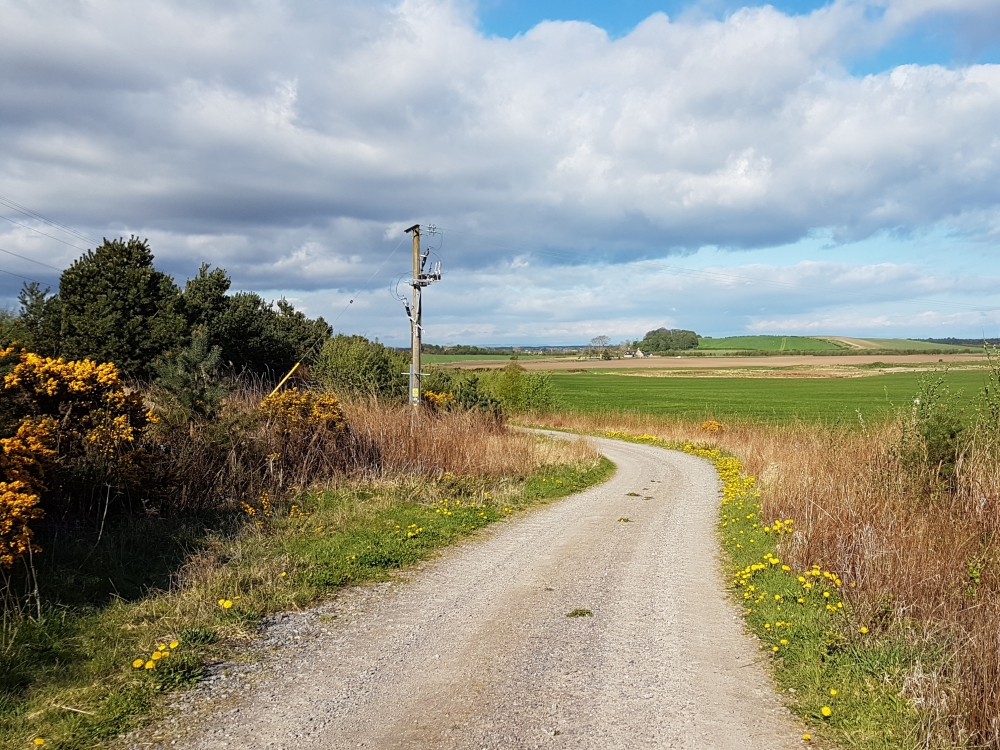 The next day, still two days before the official festival would commence, we had arranged an appointment with the new residents of the GlenAllachie Distillery, near Aberlour. Again, a bunch of people filled with passion and enthusiasm. The distillery does not have an official visitors-centre or tour yet, but can be contacted for a look inside.

The rest of our afternoon we had reserved for a meet with Steven Cameron from the delightful Gordon and MacPhail. At their headquarters we were surprised with an exquisite tasting of some of the magnificent expressions from their revamped Connoisseurs Choice range, and got to know Steven a little better along the way.

One more day before the excitement of the festival would start. We deliberately kept our diary clear of distilleries and had meant to finally climb the Benrinnes. Mother Nature decided differently and threw strong winds at us, accompanied by hailstorms and general bad weather. When in pours in Scotland, it really pours, so, time to put plan B in motion. One phone call to Caorunn, the gin distillery at the Balmenach whisky distillery site later, and we were driving the picturesque road we saw little of because of the aforementioned weather. We got to see another distillery though, so there is that! The day, relaxed as it eventually was, flew passed and all of a sudden, it was Thursday.

The Official start of the Spirit of Speyside festival. Our first event, planned and booked months in advance, was a triptish of distilleries, all of them of great importance to the Ballantine’s blended whiskies; Glentauchers, Miltonduff and Glenburgie. All three normally closed for visitors, this year they were allowing visitors for one day during the festival. Three short visits in two and a half hours, including a bus-tour and a tasting was a hefty chore, but no complaints from us there. Shivas Brother’s head of Advocacy, Education and Archives Alex Robertson was an entertaining host, introducing the three distilleries, their history and recently released single malts to us in a compact and comprehensible way while we were headed towards each of them.

As if three distilleries wasn’t enough, we had booked ourselves a fourth one in the afternoon. Tamnavulin distillery, halfway between the Glenlivet and Tomintoul distilleries, also only opened for visitors during the festival, was another treat for us distillery-baggers. Our feet were in dire need of some rest by now, and back “home”, we cooked a meal, gave our best shot (and failed miserably) at getting a fire started in the small kiln, whilst enjoying a local brew and a well-deserved G&T.

As you will see, our focus this year had once more been on visiting distilleries normally not open for the public, and we had purposefully avoided most other types of activities. The programme of the festival consisted of a massive 575 different activities this year, and we had chosen to skip most of the ceilidhs, tastings, canoe trips, walks, dinners, pub quizzes and what have yous.

Thus, our Friday started with a tour of the Longmorn distillery. We had been looking forward to this for some years already because of the liquid gold they produce, but were short of disappointed when we were given the “we do not like visitors, but they were told you were coming, so…” tour. About half an hour later and a couple of hours to kill, the die was rolled and the choice fell to the Glen Moray distillery for lunch.

Well fed, our path returned us to Longmorn’s neighbours, the BenRiach distillery. We were welcomed for a tasting and the release of their latest expression, about which you can read a little more in our previous post. Different experiences in such small window of time. Re-charged with positivity, we went to Elgin to do some more shopping for dinner, when an alarming noise came from under the hood of the car, forcing us to a horse-and-carriage speed into the Tesco parking lot, where we would spend the rest of the evening waiting for a tow-truck.