The Scottish Borders. An area in Scotland we have mostly passed through, when driving on the coastal A1, trying to reach a more northern destination when coming off the boat at Newcastle upon Tyne.

Little did we know that the A696 – the “other” road leading north from Newcastle, would merge with the A68 at Elishaw and pass through several beautiful National Parks in England. After crossing the Anglo-Scottish border at Carter Bar, we left the main road and turned onto the A6088 until we reached the centre of the valley of the Teviot, once a bustling knitting industry in Hawick.

Although tempted, we were obviously not here for the tweed and cashmere. A new whisky distillery, the first in the area since 1837, has opened its doors to the public – the Borders Distillery. 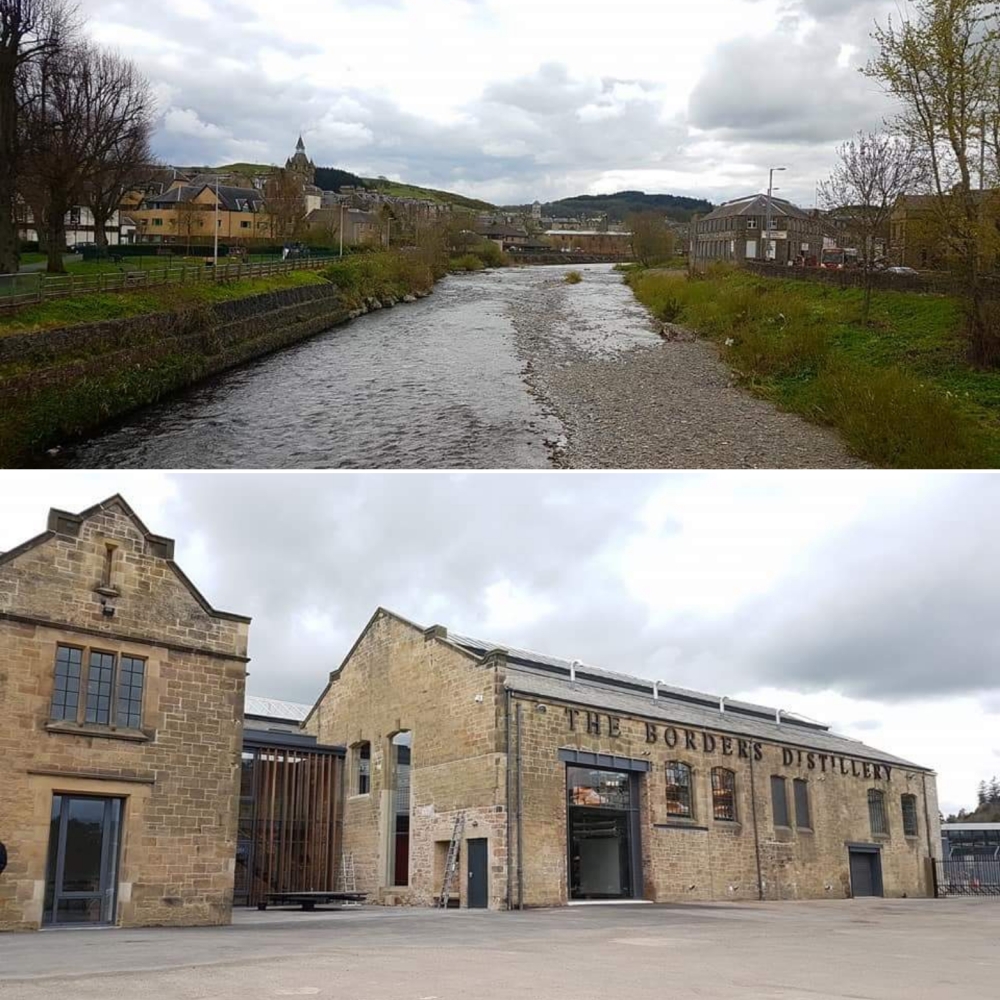 Its owner, The Three Stills Company, was founded by four Scotch industry veterans in 2013, who acquired and renovated the old Hawick Electric Company factory, starting late 2015. With this renovation, they left the late 19th century’s building itself in tact where they could, re-used the original wood, patched the “random rubble walls” where necessary and made sure the old hoist in the, now mash house & tun room, stayed in working order without it having an actual function in the distillery.

Having a mashhouse annex tun room separate from the stillhouse may already give an idea about the size of the place. Unlike many new distilleries, they have not chosen to start small and see where it will take them, but they have chosen another path and built a distillery that should be able to produce a massive 1.6 million litres of pure alcohol per year, when operating 24/7. 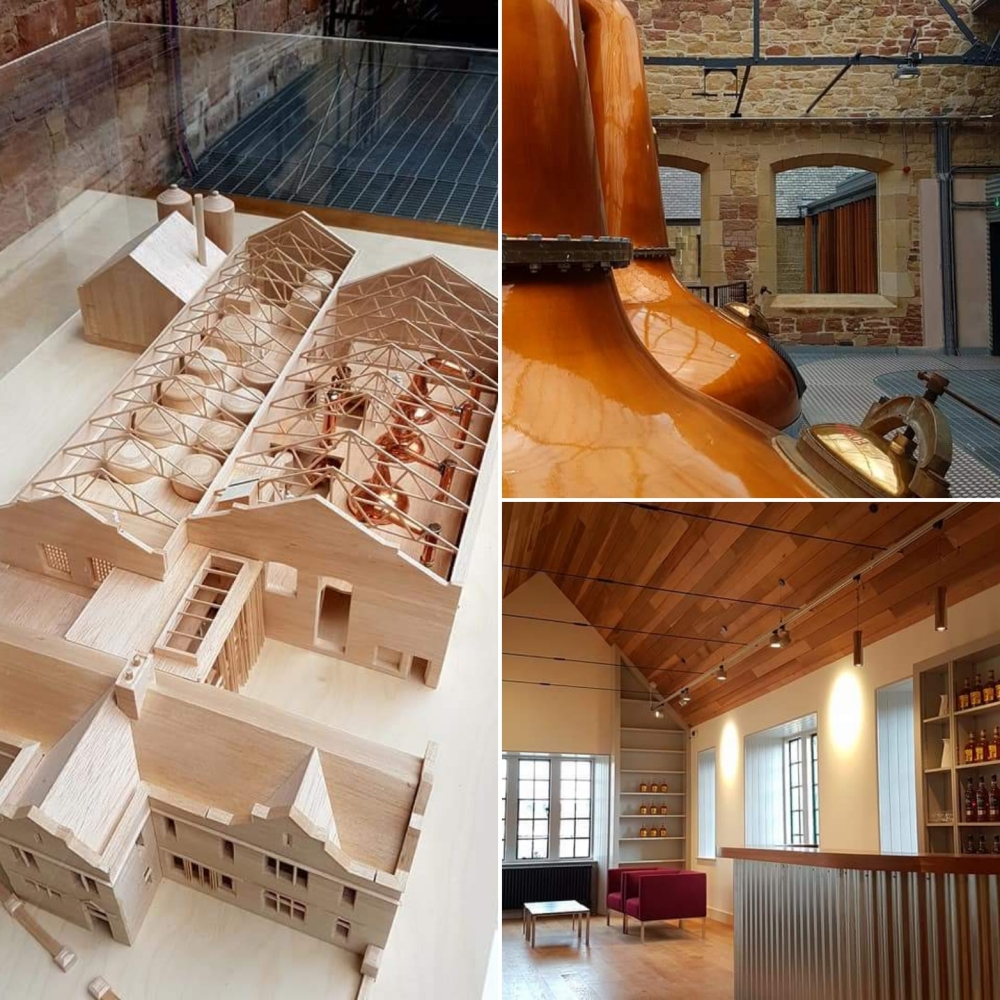 Not only have they built the place as if they could unscrew a handful of nuts and bolts and return the building into its original state, they also decided to keep as small a carbon footprint as they possibly can, where the skylights alone make a good start, making it unnecessary to use electricity for lighting for a solid seven months a year. On top of that, since about 30% of the Scottish barley is grown in the Borders district, sourcing their barley locally proved not to be too difficult either. A five tonne semi-lauter mashtun is fed with this barley combined with water sourced from a 17 meter deep borehole.

Eight stainless steel washbacks, each with a capacity of 25.000 litres, will ferment the wort somewhere between three and four days, depending on the result they are looking for, which is a fresh, fruity and aromatic spirit. This spirit will come from two identical sets of stills with a 12.500 litre wash still and 7.500 litre spirit still, thus maximising copper contact.

Cooling water for the shell and tube condensers is pumped up from underneath the bedding of the nearby Teviot river, in order not to disturb the river’s flora and fauna. With a flick of three levers (so; three flicks), it is returned in the same manner, a couple of meters downstream.

The clear and open layout of the distillery makes it impossible to keep anything hidden, and one thing that has quite a presence in the stillhouse, is the tall Carterhead still, used to produce their recently released William Kerr‘s Borders Gin. The still is heated externally, allowing for smaller and experimental batches, using their own unpeated malt spirit from the pot stills as their base ingredient, plus a basketful of botanicals.

Coming from England, the pleasant route to the distillery is worth your while. The location seems to be specifically selected for travellers from the European mainland coming from the ferry in Newcastle, allowing them to stretch their legs and enjoy a distillery tour after their first scary kilometers on the left side of the road.

In a beautiful green area filled with history and nature, they have planted a set of red copper stills, crafting golden whisky from the blue waters of the Teviot river. Warm colours that come together in their locally crafted tweed, representing the warmth of the people and their passion for the much overlooked Borders region, its nature and soon, its whisky.