Driving through the beautiful Kingdom Fife, we find ourselves nearing the town of Newburgh towards a location that should be a pilgrimage for whisky lovers. Where in the old days Grey Monks grew a diversity of fruits from their own orchards, kept bees for their honey and mead and harvested barley to brew and distill their own beverages, a distillery opened their doors in 2017, following the craftsmen and alchemists’ footsteps. Time for the Spellers to take a look at the Lindores Abbey distillery.

At the banks of the river Tay, surrounded by fertile lands, lush hills and green fields, Dr. Jim Swan has pulled one last rabbit out of his hat, without disrupting the surroundings or compromising the heritage. The custodians and owners of the distillery wanted to showcase the rich history of the Abbey and built a place that – besides a distillery, is also a location to pull in the community by facilitating different functions and crafts.

The encompassing fields will grow their own barley and fruits from the orchards once more, the bees are back to do their important task of pollinating the crops, and in a well stocked apothecary a modern day alchemist explains what differences minute changes in recipes can make when crafting the distillery’s Aqua Vitae.

The exhibition at the visitor’s centre displays the rich history of the location and the area throughout the centuries. Many battles, mysteries, the residence of the King’s brother, wealth, decay and ransackings – the 12th century Tironensian Abbey has seen it all, overseen by the Grey Monks until the Scottish Reformation in the end of the 15th century.

History also shows that one of these monks has been distilling malt at the distillery as early as 1494. Exchequer scrolls of that year read “To Brother John Cor (Kawe), by order of the King, to make aqua vitae VIII bolls of malt”, which is the earliest written evidence of what we now know as whisky. 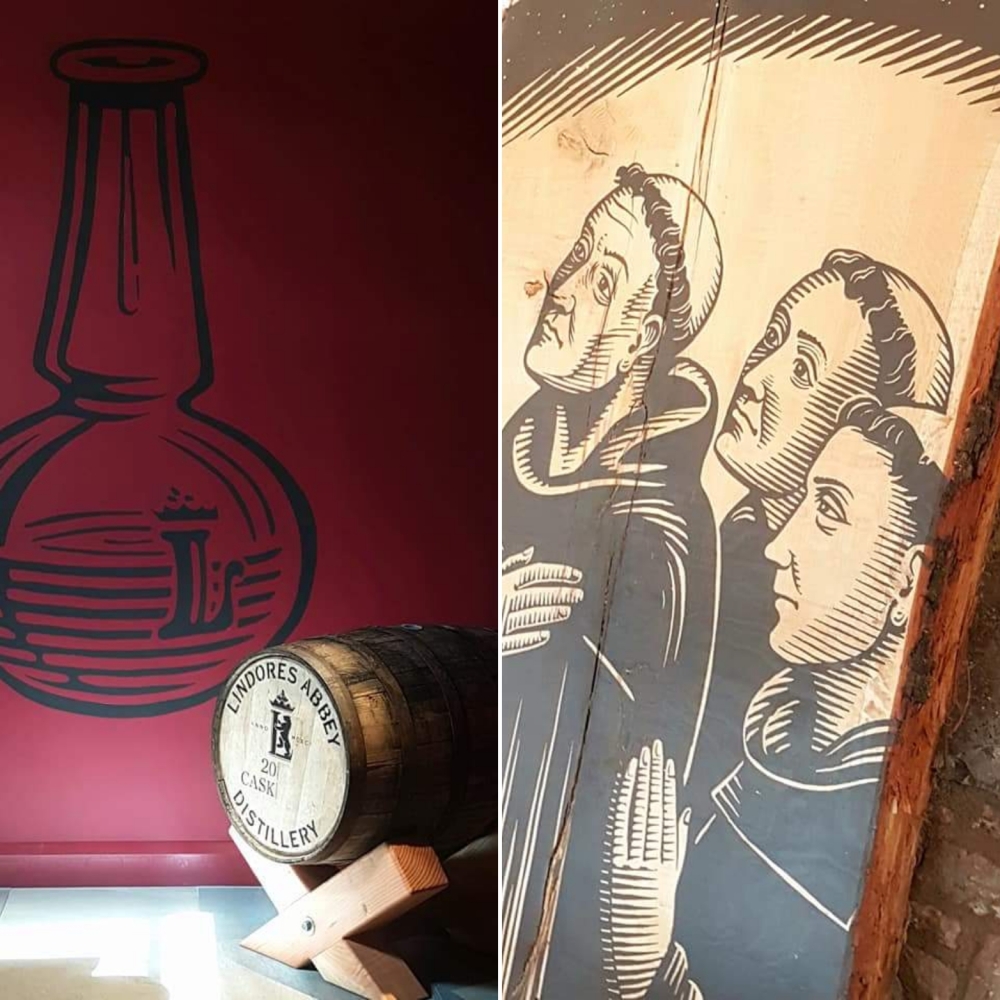 The rebuilt farm steading – because the actual location of the old Abbey is a protected site and can thus not be touched, delivers a nice view over the original location of the overgrown abbey ruins. Limestones, salvaged from previous buildings and sourced from the local  Clatchard Quarry are combined with wood from Denmylne to form a contemporary but fitting connecting cloister between the visitor’s centre and the distillery itself.

The modern four roller mill is the first to greet us, milling away about four times the “eight Bolls of malt” per batch, which is enough to fill the two tonnes stainless steel full lauter mash tun, where water from the 60 metre deep borehole is added at the right temperatures. When the mash has released its 10.000 litres clear wort, it is gathered into one of the four wooden washbacks, where it is agitated by yeast for as long as 113 hours. The 300 foot bear with its ragged staff carved out on the hill behind the distillery is visible, standing watch and assuring a proper fermentation.

When the wash came to its rest, one washback is then emptied into the washstill, which takes care of the first distillation round. The gathered low-wines are split into two even parts, and distilled for a second time in two smaller 3.500 litres spirit stills, thus maximizing copper contact to create a light and fruity spirit, whilst looking out over the Abbey’s garden and the river Tay in the back. 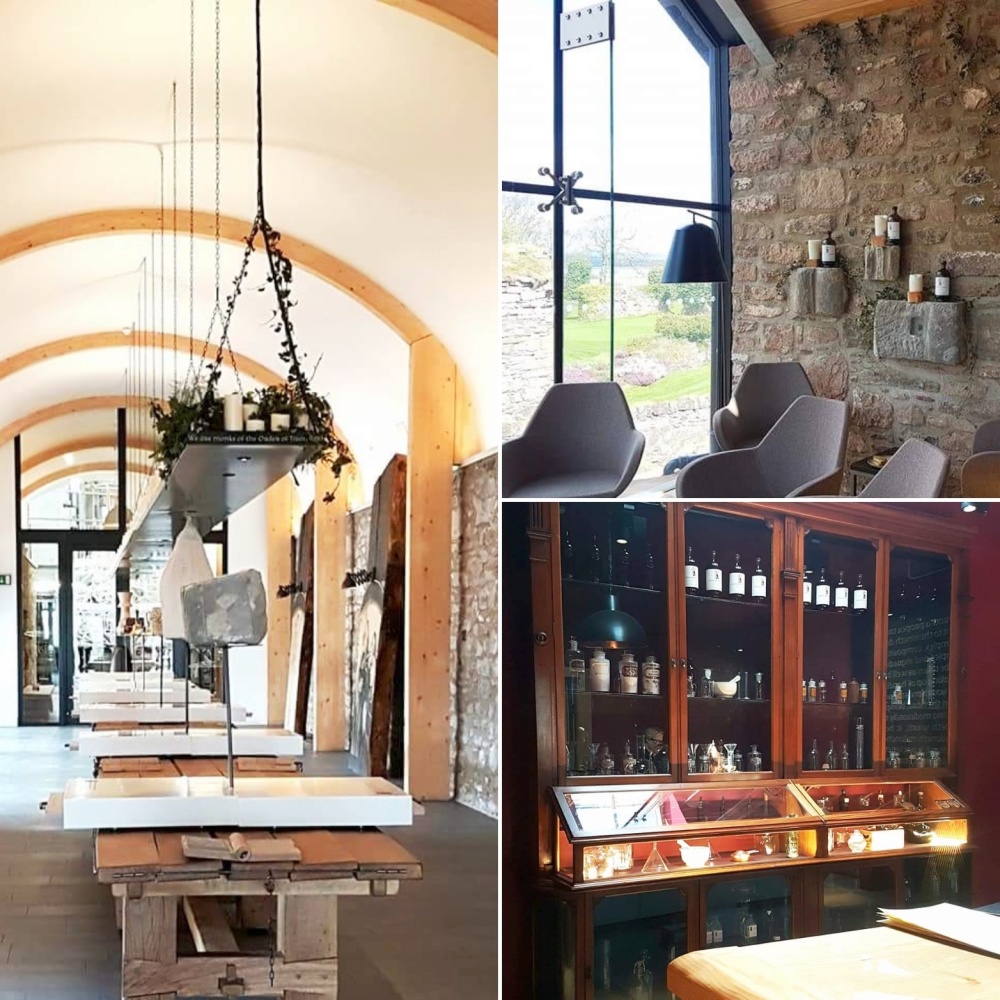 From February 2017, when the first distillate trickled from the spirit safe, until July 2018 when the 500th cask was filled, the distillery has firmly marked its own footprint on the site. When the custodians of the Abbey feel the time is right to release their whisky to the public still has to be seen, until then there is ample time to enjoy their Aqua Vitae over a cube of ice and a twist of orange peel at the distillery café, or at your own leisure pace, at home.

The Kingdom of Fife seems to be some a forgotten area in Scotland. Fife is a great stop for the weary traveler and offers – besides a growing amount of distilleries, plenty to do for golfers, sailors, hikers, cyclists, nature lovers, photo enthusiasts and people who simply enjoy good company, food and beverages alongside arts, crafts, castles and musea. For whisky lovers on a pilgrimage, Lindores Abbey distillery is only one of the many distilleries to visit, so there is enough reason to leave the A9 for a change.